Carbon 25 (turn the sound down) by Chad Oliveiri 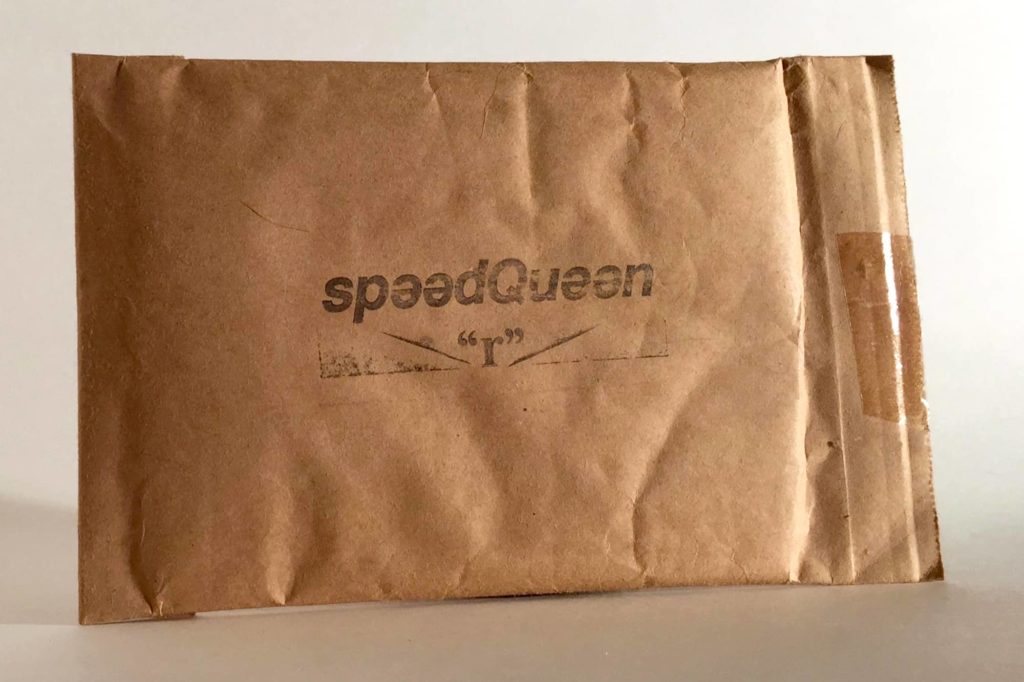 Books can lead to movies. And movies spin off soundtracks. It’s symbiotic art: where one form begets, even depends on, the other. And yet, one can stand on its own without the other. And that’s exciting, because it allows for new contexts and meanings to form. Consider recorded music and its packaging. Most packaging tied to popular music today is limited primarily to the digital: thumbnails on smart phones or computers. We’ve gotten away from the physical. At least in the industry. And that's good for the environment, right?

But there are places in music, primarily deep in the vast worldwide underground, where packaging takes on all sorts of surprising forms: Perhaps most infamously, Sweden’s Releasing Eskimo issued Noise Embryo, an edition of one CD by Merzbow stuck inside the stereo of a Mercedes 230. (No one bought it.) Monotract's broken-glass cover that claimed countless victims. One of the first Skaters releases: A CD accompanied by a slice of (often stale and moldy) bread.

And then there’s the focus of this exhibit: Rochester’s own Carbon Records. Carbon has been stubbornly releasing music from artists on the fringe of the Rochester scene and far beyond for the past 25 years. It’s a record label Joe Tunis started because he was obsessed primarily with packaging.

Over the years, Carbon has issued music encased in all manner of handmade packaging. Found materials like cardboard, wood, steel, plexiglass, placemats, pebbles, BBs… Many of these in numbered limited editions of anywhere from 8 up to 500. Somewhere in the catalog, there’s a glass-encased hard-drive containing music.

Assembled together, it’s a massive and far-flung collection of bespoke, mostly handmade art objects. While it’s meant to accompany the music it contains, Carbon packaging takes on a new meaning viewed en masse, with the music off. You’re viewing work that was never intended for the gallery. Work that very much speaks to tireless dedication; a highly personal pursuit of joy. Turn the sound down.

Chad Oliveiri is a Rochester, NY-based writer and musician who has released several solo and group recordings on Carbon Records. He also hosts the freeform radio show All Systems Open on WAYO-FM (104.3 FM in Rochester, wayofm.org). By day he is the Vice President of Design and Development for eCornell, Cornell University's online education department.

Your ticket for the: Carbon 25 (turn the sound down) by Chad Oliveiri

Carbon 25 (turn the sound down) by Chad Oliveiri