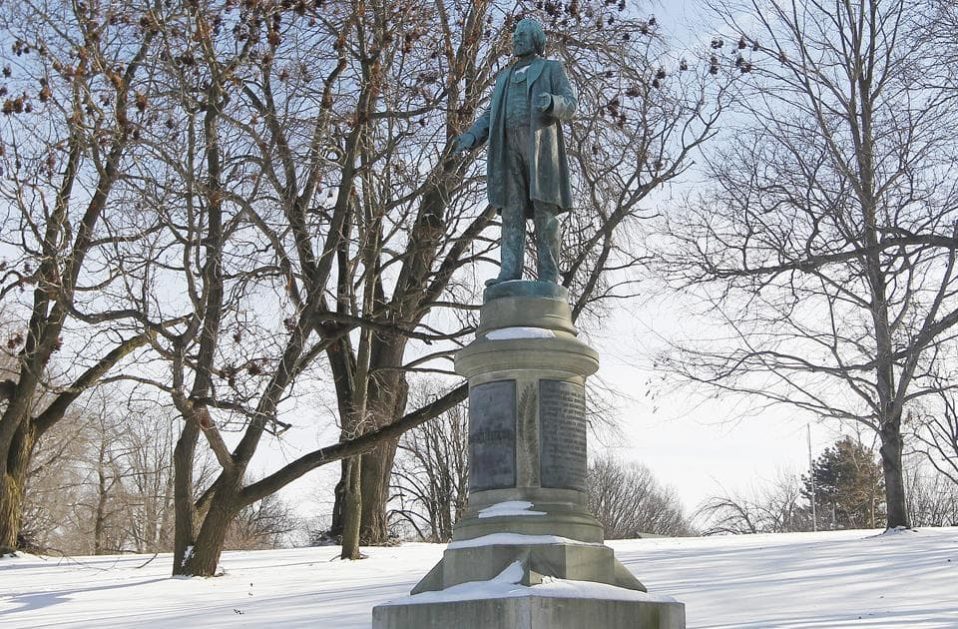 Shine a light on the famous and beloved statue of Frederick Douglass in Highland Park and assist RIT’s Big Shot photographers in making a memorable, once-in-a-200- year legacy photo.

Bring your own flashlight, or use one of ours, to light up one of Rochester and the nation’s most celebrated leaders, as part of the celebration of this very special year.

The resulting photo will be added to No Soil Better: Art and the Living Legacy of Frederick Douglass at RoCo.

*Arrive no later than 630
*Dress warm
*Be alert crossing South Avenue -- the street lights will be off
*Bring a flashlight --it does not need to be a powerful light
*Look for the person with the flashing red button who will be our guide to the process
*We will communicate instructions via a megaphone, not a sound system so we'll need to work together
*We are planning to take four photos. The lens will start to snap at 6:40
**Special note to TV crews** we will request that you turn off your camera light for the picture-taking. The camera lights are too bright.
*Join us for hot chocolate or coffee and cookies at the Olmsted Lodge after the "snap" Special thanks to Monroe County for their hospitality

Shine A Light follows in a tradition started by Rev. Julius D. Jackson, a member of the Eureka Lodge that originally funded the FD Monument -- the first monument erected in honor of an African American in the nation. That event, called Light Up Douglass and traditionally held in June on the anniversary of the statue's installation, was the inspiration for Shine A Light.

Register for Event: Shine a Light on Douglass

Your ticket for the: Shine a Light on Douglass