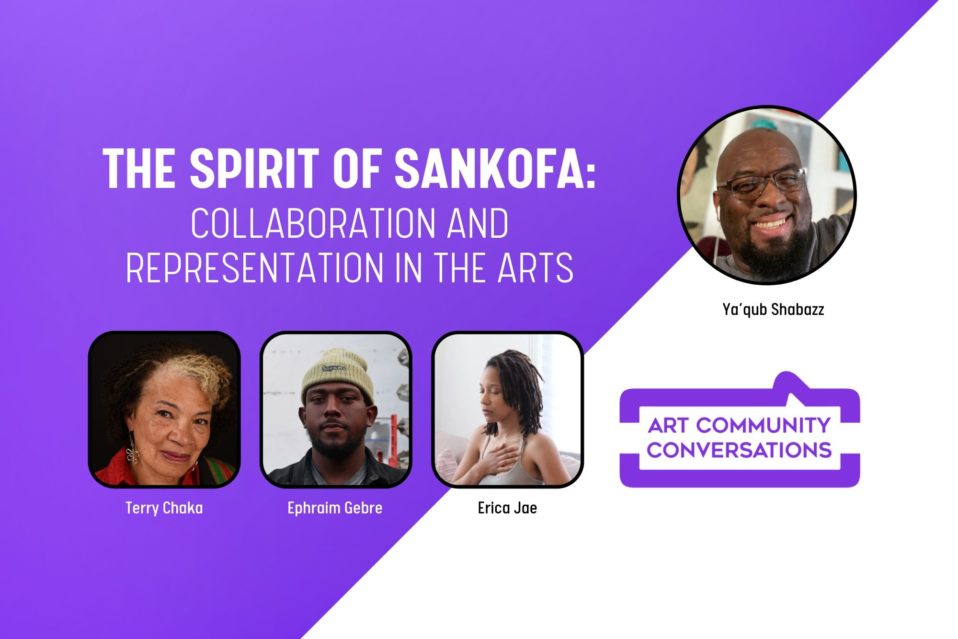 Art groups are an essential part of the art economy and art scene. Some of Rochester’s local art clubs were founded nearly 100 years ago, yet there has long been a shortage of art collectives that speak to the Black experience and the specific contributions that Black artists have made to the local community. This, however, is changing and numerous new art collectives have recently been formed. This panel discussion will bring together the founders of several groups to discuss how Black artists are represented and promoted in the current creative community. In addition, this conversation will outline the importance of joining art organizations, the historical impact of arts collectives, and how generations of artists were positively impacted by aligning with creative communities. We will also discuss why it is especially important that our city must support the creation of art collectives and groups that serve historically underrepresented communities. This is a conversation that covers the past, present, and future of how Black artists are represented and solutions that will lead to improved representation.

Ya’qub Shabazz (panel organizer and moderator) was born and raised on Chicago’s South Side. He is a visual artist, collector, and art educator on a mission to highlight the beauty and contribution of Black American artists, both contemporary and historical. His work explores the relationship between contemporary artistic expression and historical African aesthetics. His influences include Lois Mailou Jones, Charles White, and Aaron Douglas (to name a few) however a large part of his influences were birthed in the literary world and were made manifest through the visual arts. Primarily an oil painter, Ya’qub Shabazz explores wood carving, acrylic painting, woodblock printing, and many other mediums that express the range of his experiences. His works are not limited to one area similar to Mr. Shabazz himself, he is an artist, writer, father, husband, formerly incarcerated, veteran, and most importantly, a curator of Black culture. Ever since he was a pre-adolescent he had been fascinated by the deeper meanings of things, words, historical figures, and most importantly cultural symbolism. What starts out as yearning “to know” becomes a tenacious self-study and research into Black cultural aesthetic that you will see expressed in works in a wide variety of ways.

Terry Chaka is a native of, Rochester, New York, and has a long outstanding, staggered career as a visual artist [painter], performing artist, interior designer, curator, and a cultural icon being a co-founder of Rochester’s first, African American bookstore, “Kitabu Kingdom.” Terry attended the University College at Buffalo for art education. She has exhibited her works throughout western New York including but not limited to, Rochester, Buffalo, Perry, and in venues as distant as Los Angeles. Her involvement spans theatre performances, and productions in the Buffalo Community Theatre and established a strong visual arts program, for YMCA teens, that included acting and dance. Long recognized as an “artist, activist, and advocator,” Terry saw the need for cultural awareness and self-esteem building for families and in 1986 co-founded Kitabu Kingdom, Rochester’s first African-American bookstore. The bookstore became an institution, resurrecting said cultural awareness, education of self, and Afrocentric pride. As an interior designer, Ms. Chaka has designed residential and business interiors and participated in the 2008 Rochester Philharmonic [RPO] Designer Showcase. She serves currently as Gallery Director and Co-Curator of the Baobob Gallery and also as a community liaison for cultural education. Terry Chaka was one of the founding members of the Rochester Chapter of the National Conference of Artists [NCA], which morphed into the current, Creative Hue Artist Collective, of which she served as President until recently, and remains a noted outspoken champion for inclusiveness of artist of color and women.

Erica Jae is a 19th-ward Rochester, NY native, photographer, film-maker, spoken word artist, yoga guide,  community gatherer, and mama to a one-year-old daughter. In college, Jae majored in social sciences with a concentration in mental health. Over the last 10 years, Jae has served in various group homes and mental health clinics.  In 2020 she obtained her 200-hour yoga teacher certification and is currently going for her 300-hour.  Jae has had her photography featured on NBC nightly news with Lester Holt, published in YES! Magazine, and locally exhibited by Geva Theatre, MAG, and RoCo. Jae’s documentary style of photography and film-making is her main method of advocacy and social justice as her works aim to tell the stories of those who are underrepresented within her community and beyond. She is devoted to creating spaces that blend healing and wellness with creative expression and acts of service.

These talks continue the spirit of the biennial contemporary art project called Current Seen. Founded in 2017 as RBNL (Rochester Biennial), then expanded in 2019 as Current Seen, the program will continue to evolve post-COVID, and change in response to the key issues facing our community. The 2022 program focuses solely on important panel discussions, which we hope will inform and shape the next chapter of our art scene, as well as future iterations of Current Seen. Learn more about Current Seen here.

Register for Event: The Spirit of Sankofa: Collaboration and Representation in the Arts

Your ticket for the: The Spirit of Sankofa: Collaboration and Representation in the Arts