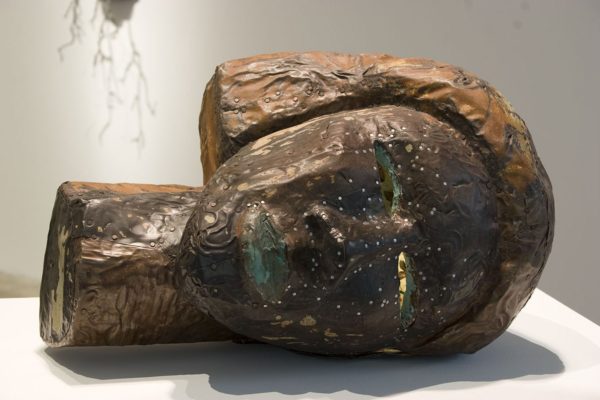 Sculpture and Works on Paper, curated by Deborah Ronnen, presents a selection of works by sculptor and printmaker, Alison Saar. Saar explores issues surrounding identity, fertility, and aging in her life-size free-standing forms, wall sculptures, and works on paper. The artist uses a variety of found and recycled materials including wood, reclaimed ceiling tile, tin, and tar.

The exhibition focuses on Saar’s continued interest in addressing the human condition, specifically that of women. Four bronze wall sculptures are titled after the lunar seas named by Galileo: Sea of Serenity, Sea of Nectar, Sea of Moisture, and Sea of Fecundity. Each piece focuses on a part of the body: a face covered in moths, breasts from which streams of milk emanate, a torso covered in droplets that might be blood or sweat or tears, and an abdomen from which branches sprout pomegranates. Saar also uses bronze to create the roots that spread out from the reposing figure entitled Bareroot. Several large works on paper offer evocative images addressing issues of identity and gender.

Alison Saar (Laurel Canyon, California) is the daughter of renowned artist Betye Saar and painter/conservator Richard Saar. Saar and her sisters (artist Lezley and writer Tracye) were encouraged to pursue their love of art through books and family visits to the museum. During high school, Saar assisted her father with his restoration work and came into close contact with a spectrum of cultural artifacts. Through her handling of work that ranged from Chinese frescoes and Egyptians mummies, to Pre-Columbian and African art, Saar gained an insight into, and an appreciation of, a rich diversity of materials, techniques, and cultural aesthetics. Saar received her BA in Studio Art and Art History in 1978 from Scripps College and her MFA from Otis-Parsons Institute (now Otis College of Art and Design).

Saar has been an artist-in-residence at multiple institutions, including the Studio Museum in Harlem in 1983, the Roswell Museum of Art in 1985, Washington Project for the Arts in 1986, and the Hopkins Center at Dartmouth College in 2003. She has received three fellowships from the National Endowment for the Arts (1984, 1985 and 1988), and was awarded the John Simon Guggenheim Memorial Foundation Fellowship in 1989 and the Flintridge Foundation Award for Visual Artists in 2000. Saar’s work may be found in numerous public collections, including the High Museum, the Walker Institute, the Hirshhorn Museum and Sculpture Garden, the Metropolitan Museum of Art, the Museum of Modern Art, and the Whitney Museum of American Art (where her work was included in the 1993 Biennial).

Saar was recently commissioned by the City of New York to create a sculpture of abolitionist Harriet Tubman. This 13-foot sculpture is installed at the crossroads of St. Nicholas Avenue, Frederick Douglass Boulevard, and 123rd street in Harlem. A maquette of this sculpture is included in the exhibition. 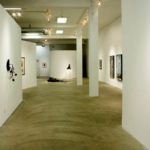 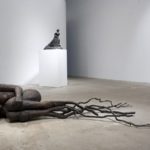 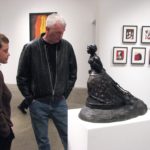 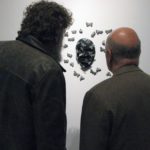 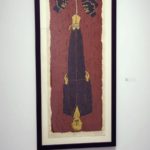 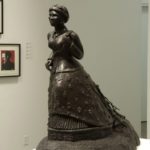 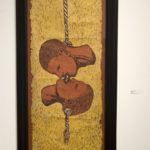 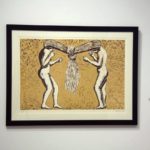 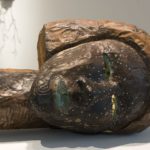 Register for Exhibition: Alison Saar: Sculpture and Works on Paper

Your ticket for the: Alison Saar: Sculpture and Works on Paper