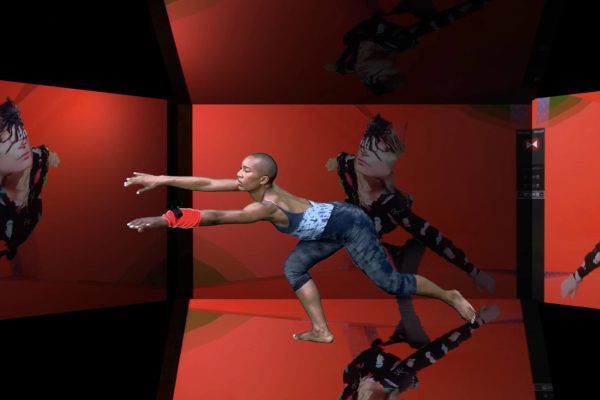 A four session introduction to immersive technologies that answers these basic questions: What are they? Where did they come from? How are they being used in art and culture?

NEW WORLDS - WHAT IS IMMERSIVE MEDIA?

August 16, 6:30 - 8pm
In-Person at RoCo *Register HERE
Led by series organizer Rebekkah Palov and
Featuring a Virtual Reality demo organized by The Institute for Electronic Art
Refreshments will be served

This event will focus on the basics of immersive media such as vocabulary and definitions and include examples of artist and arts organization projects. IEA Media Arts Project Director & Associate Professor of Video Art Eric Souther and assisted by Yunda Sun our IEA Research Associate will demo 3D Scanning and Motion Capture in Unreal 5 Game Engine for developing virtual reality experiences.

Following the first session, each category of immersive media is examined through artists telling the story of how they started with each technology. We aim to get past the jargon and talk about how artists were inspired to enter into and begin to make work in these new worlds. In conversation artists and attendees share perspectives and speculations on the futures of art in immersive media for advancing culture and creativity.

IEA Immersive Technology Workshop: 3D Scanning and Motion Capture
July 25 - August 5
*at Institute for Electronic Arts, Alfred University
The workshop will focus on the accessible and innovative uses of motion capture and 3D scanning for the creation of immersive experiences. Learn more HERE 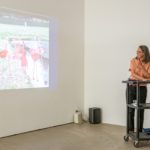 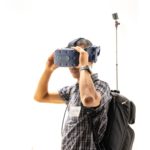 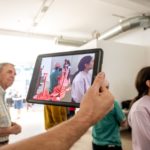 We often meet-up with Artificial Intelligence in our web searches, speaking to digital assistants,  video playlists and shopping lists, all pretty rational and helpful. Then how in the arts can this machine learning be tricked and coaxed to the artistic ends of the imagination and rich human experiences?

Trevor Paglen is an artist whose work spans image-making, sculpture, investigative journalism, writing, engineering, and numerous other disciplines. Paglen’s work has had one-person exhibitions at the Smithsonian Museum of American Art, Washington D.C.; Carnegie Museum of Art, Pittsburgh; Fondazione Prada, Milan; the Barbican Centre, London; Vienna Secession, Vienna; and Protocinema Istanbul, and participated in group exhibitions the Metropolitan Museum of Art, the San Francisco Museum of Modern Art, the Tate Modern, and numerous other venues. Paglen has launched an artwork into distant orbit around Earth in collaboration with Creative Time and MIT, contributed research and cinematography to the Academy Award-winning film Citizenfour, and created a radioactive public sculpture for the exclusion zone in Fukushima, Japan. Paglen is the author of several books and numerous articles on subjects including experimental geography, artificial intelligence, state secrecy, military symbology, photography, and visuality. Paglen’s work has been profiled in the New York Times, the New Yorker, the Wall Street Journal, Wired, the Financial Times, Art Forum, and Aperture. In 2014, he received the Electronic Frontier Foundation’s Pioneer Award and in 2016, he won the Deutsche Börse Photography Prize. Paglen was named a MacArthur Fellow in 2017. Paglen holds a B.A. from U.C. Berkeley, an MFA from the Art Institute of Chicago, and a Ph.D. in Geography from U.C. Berkeley. 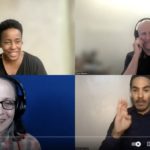 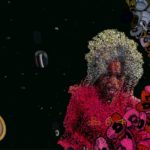 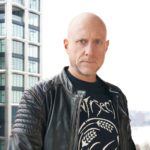 WORLDS THAT SURROUND YOU - V.R.

Many of us spend time with our phones or computer screen-windows. What then happens in Virtual Reality when that window surrounds you? Our artists will discuss the creative potential of the imagination of your body in both the private and network spaces of VR headsets.

Eva Davidova explores behavior, ecological disaster, and the political implications of technology through performative works rooted in the absurd. Davidova has exhibited at the Bronx Museum, the Everson Museum, the Albright Knox Museum, MACBA Barcelona, CAAC Sevilla, and La Regenta among others. Her latest solo exhibitions were at ISSUE Project Room and the Instituto Cervantes in New York. She was a fellow of Harvestworks’ TIP, IEA Alfred and Residency Unlimited, and is currently a member of NEW INC, the New Museum incubator at the intersection of art, design and technology.

Sarah Rothberg is an interactive media artist who works in many forms: from embodied technologies like VR and AR to installation, video, performance, worldbulding workshops, and teaching. SR creates experiences which invite participants to think about the relationship between the personal and larger systems, with a hope of questioning in the impact of new media on ways of being, understanding and interacting with the world. SR has shown work at a diverse array of venues including: galleries and festivals in the US and internationally (including at bitforms gallery, Sotheby's s2, NRW-Forum); the Consumer Electronics Expo; and on the screens in the New York Subway system (all of them!) as part of the MTA Arts program. In 2019, SR was the featured artist co-creator of Apple's [AR]T Lab initiative, developing an augmented reality art lab that runs at Apple stores around the world (including Sarah's face on the big giant screens). SR is mentor and former-member at NEW INC’s Experiments in Arts and Technology track (in partnership with Rhizome.org and by Bell Labs), ONX Studio member, Assistant Arts Professor at NYU’s Interactive Telecommunications and Interactive Media Art Programs. In the past, SR has been an artist-in-residence at Adobe, Mana Contemporary, Harvestworks, and LMCC with her collective More&More Unlimited, and was an Engadget Alternate Reality Prize awardee. Along with More&More Unlimited (An "Illogistics" company / artists collective), SR has developed and facilitates future imagining workshops called Investing in Futures, which has been supported with a successful Kickstarter through the Artists' Make 100 program and more recently grants from Rice University and Princeton. 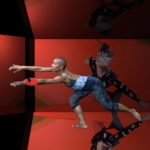 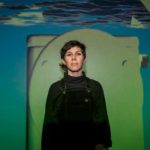 Augmented reality and mixed reality fractures the boundaries between what is in front of you and media spaces. Media visualizations that move with you are technologically re-mixed by artists via Mobile phones and can be fused into live performance, artworks and installations.

Will Pappenheimer is a Brooklyn based artist and educator working in new media, performance and installation. His current work explores the collage of the virtual and physical worlds in the recent medium of augmented or mixed reality. His projects and performances have been shown internationally at Whitney Museum of American Art, the New Museum and the Moving Image Art Fair in New York; LACMA and Fringe Exhibitions, Los Angeles; MOMA and Biforms Gallery in San Francisco; Stedelijk Museum in Amsterdam; FACT, Liverpool, UK; Contemporary Istanbul Art Fair, Istanbul; the ICA, CyberArts Gallery and the Museum of Fine Arts in Boston; the Corcoran Gallery of Art in Washington. He recently debuted a solo show of new at the Alpha Gallery in Boston. His works have been reviewed in the Whitney Museum curator, Christiane Paulʼs historical editions of “Digital Art,” Art in America, New York Times, Hyperallergic.org, WIRED, the Boston Globe, and EL PAIS, Madrid. A documentary on his work is as part of Bloomberg TV’s Art + Technology series.

Carla Gannis is a transmedia artist based in Brooklyn, New York. She produces works that consider the uncanny complications between grounded and virtual reality, nature and artifice, science and science fiction in contemporary culture. Fascinated by digital semiotics, Gannis takes a horror vacui approach to her artistic practice, culling inspiration from networked communication, art and feminist histories, emerging technologies and speculative design. Gannis’s work has appeared in exhibitions, screenings and internet projects across the globe. Recent projects include “Portraits in Landscape,” Midnight Moment, Times Square Arts, NY and “Sunrise/Sunset,” Whitney Museum of American Art, Artport. A regular lecturer on digital art and extended reality, in March 2019 Gannis was a speaker at the SXSW Interactive Festival on the panel “Human Presence and Humor Make Us Better Storytellers.” Publications that have featured Gannis’s work include The Creators Project, Wired, FastCo, Hyperallergic, The Wall Street Journal, The New York Times, El PaÍs and The LA Times, among others.  In 2015 her speculative fiction was included in DEVOURING THE GREEN:: fear of a human planet: a cyborg / eco poetry anthology, published by Jaded Ibis Press. Gannis holds a BFA and MFA in Painting from the University of North Carolina at Greensboro and Boston University, respectively. Currently, she is Industry Professor at New York University (NYU) in the Integrated Design and Media Program, Department of Technology, Culture and Society, Tandon School of Engineering. She is also a Year 7 Alum of NEW INC, in the XR: Bodies in Space track, New York, NY. 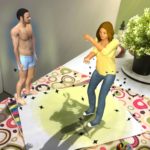 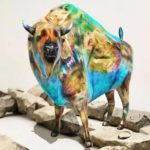 Your ticket for the: Arts in Immersive Media 101