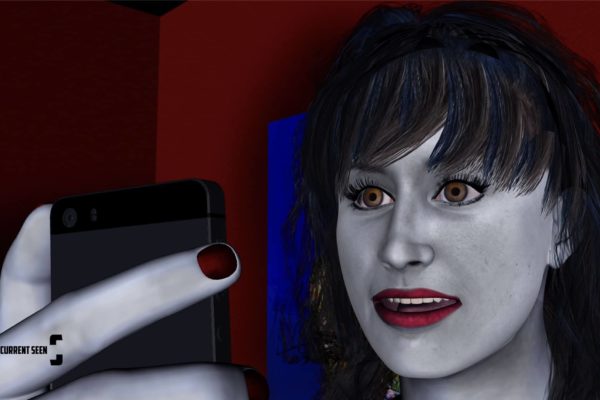 Avatar Poetics is a program of videos by artists who use animation, digitally mediated modes of performance, and computer-generated characters to explore themes of the virtual ‘self’ as it relates to queerness, cyberfeminism, fantasy world-building, and the erotics, horrors and absurdities of the digital body adrift across the contemporary media/social landscape. In addition to five recent works, screened in compilation on Wed., Fri., & Sun., this exhibition is presented alongside (on alternating days) Remembrance of Things Fast: True Stories Visual Lies, 1994 by John Maybury (b. 1958, London). Avatar Poetics is curated by Sean Capone and features the following works. Both exhibitions are presented as part of Current Seen, the small-venue biennial for contemporary art.

WANG Chen (b. 1991, China; BFA, Virginia Commonwealth University, MFA, Rochester Institute of Technology) is a multimedia artist living and working in NYC. Her work incorporates installation, performance, drawing, and VR animation to create digital fantasy worlds and characters that examine gender, sexuality, and politics. Chen has exhibited and screened work internationally in China, the U.K., the U.S., Sweden, Venezuela and Greece. She was recently an artist-in-residence at The Studios at MASS MoCA and the NYFA Immigrant Mentoring Program.

Carla Gannis (MFA, Boston University) is an interdisciplinary artist based in Brooklyn, New York. She produces virtual and physical works that are darkly comical in their contemplation of human, earthly and cosmological conditions. Fascinated by digital semiotics and the lineage of hybrid identity, Gannis culls inspiration from networked communication, art and literary history, emerging technologies and speculative fiction.
Gannis’s work has appeared in exhibitions, screenings and internet projects across the globe. Recent projects include “Portraits in Landscape,” Midnight Moment, Times Square Arts, NY and “Sunrise/Sunset,” Whitney Museum of American Art, Artport.  A regular lecturer on art, innovation and society, in March 2019 Gannis was a speaker at the SXSW Interactive Festival on the panel “Human Presence and Humor Make Us Better Storytellers.”
Gannis is currently faculty and assistant chair of the Department of Digital Arts at Pratt Institute.

Wickerham & Lomax is the collaborative name of Baltimore-­based artists Daniel Wickerham (b. Columbus, Ohio, 1986) and Malcolm Lomax (b. Abbeville, South Carolina, 1986). Formerly known as DUOX, the artists have been working together since 2009 across diverse media, curatorial platforms, and institutional contexts, creating a body of work at once context­-specific and broadly engaged with networked virtualities. Wickerham & Lomax are particularly invested in questions of identity and the body, exploring the impact of digital technologies and social spaces on the formation of subjectivities and speculative corporealities. They have describe their practice as being full of “fanboy hissy fits.” Wickerham & Lomax are the 2015 winners of the $25,000 Janet and Walter Sondheim Prize.

Mores McWreath (BFA, Cooper Union; MFA, University of Southern California) makes performance-based video art that uses the form and language of commercial advertising to critique the state of American social and political life. The world of McWreath’s videos is inhabited exclusively by his white hetero cis-male body, which is multiplied, split, and digitally altered to the point of rupture. McWreath attended the Whitney Museum Independent Study Program, the Skowhegan School of Painting, and the LMCC Workspace Program. He has shown in solo and group exhibitions at the New museum, CUE Art Foundation, M+B Gallery, the Kitchen, Walker Art Center, and the International Studio & Curatorial Program, among many others. His videos have been screened at venues including Anthology Film Archives, Los Angeles Contemporary Exhibitions, NURTUREart, and several international film & video festivals. McWreath lives and works in Brooklyn NY, and is currently an Adjunct Professor at The Cooper Union.

Matthew Weinstein (b. 1964; B.A., Columbia University, 1987) is a visual artist who lives & works in Brooklyn NY. He describes his practice as “culturally transgendered”, working across the mediums of painting, sculpture and animated videos that bring commercial art and entertainment processes like computer graphics, airbrush, metal casting, and theatrical dialogue into contact with cultural history. Weinstein’s work has exhibited and screened extensively at Sonnabend Gallery (NY), Carolina Kitsch (NY), the Johnson Museum at Cornell University, the Orlando Museum of Art, and the Wexner Center, among others. Weinstein also contributes regularly as a writer and critic to ARTnews, Artforum and other publications.

Sean Capone is an artist working in digital animation, projection installation, and moving-image based public art. Sean has worked extensively in the digital video and animation field for over 20 years, and has developed a wide-ranging body of work across its many aspects: film & TV, video games, music videos, gallery and museum exhibitions, festival presentations, event and stage scenography, and site-specific public art installations.

Sean’s work has been commissioned and presented at events and exhibitions at the SCAD Museum of Art, the MoMA, the Brooklyn Museum, the Museum of Art & Design, SFMoMA, the Museum of Biblical Art, and 150 Media Stream, and in screenings at the Visual Studies Workshop and the National Gallery. Recent honors include festival awards from the Digital Graffiti Festival, the CUBE Art Project, and the Supernova Festival. Sean’s interview series with animation artists has appeared in BOMB Magazine.

Sean received his MFA in Time Arts/Art & Tech from the School of the Art Institute of Chicago. Prior to that, he studied with pioneering multimedia artist Jim Pomeroy in the Video Art/New Genres program at the University of Texas at Arlington.

Avatar Poetics and Remembrance of Things Fast are presented in partnership with, and supported by Image Out, The Rochester LGBT Film & Video Festival (October 10 - 20, 2019). ImageOut presents LGBT arts and cultural experiences showcasing films, other creative works and artists to promote awareness, foster dialogue and build community. 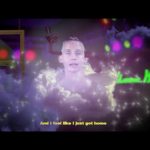 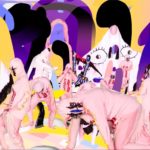 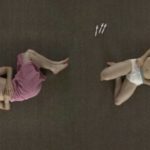 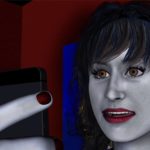 Your ticket for the: Avatar Poetics