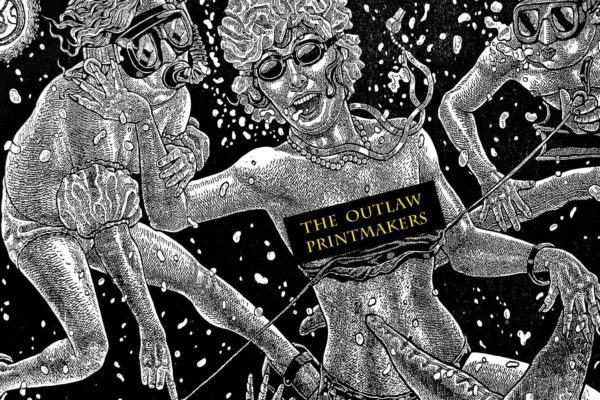 Tom Huck (St. Louis, MO) is best known for his large scale woodcuts featuring intricate carving and crosshatching reminiscent of one of his influences, Renaissance master Albrecht Dürer. His work often reflects the strange and humorous occurrences, places, and people he has observed while living in a small town in Southeast Missouri in a style he calls “rural satire.” RoCo is thrilled to premiere Huck’s new monumental piece “The Tommy Peepers,” a 5 by 10 foot woodcut triptych that took 3½ years to complete.

Dennis McNett (Brooklyn, NY) has been an influential woodcut printmaker for many years. His work also includes installations, performance, sculpture, wood carvings, traditional relief prints, and silkscreen prints. He is greatly influenced by the raw, high-energy imagery of the early 80s skateboard and punk rock music scenes. McNett has employed his intense and idiosyncratic style into designs for Anti-Hero skateboards, Vans "Off the Wall" sneakers, and the windows of Barneys New York.

Sean Starwars (Laurel, MS) works in a constant cycle of creating new work and recreating his past prints, and is fueled by a huge intake of Mountain Dew. Starwars’ work pulls from an extensive vocabulary of pop culture and American advertising to create an expressionistic and satirical visual narrative. Captivated by the finite limit to the number of prints he will be able to create in a lifetime, he approached this question head-on. In 2011, he completed a self-imposed "One Woodcut a Week" challenge and raised the stakes in 2012 with a "One Woodcut a Day" quota.

Julia Curran (Corpus Christi, TX) is the youngest member of The Outlaw Printmakers. Curran’s work explores life in Western society through the use of reoccurring characters and symbolism. Influenced by propaganda posters, comics, carnival costumes, and folklore, Curran addresses topics and issues such as over-consumption, drone warfare, political corruption, environmental destruction, institutionalized oppression, and hyper-masculinity. In 2011, Curran received a prestigious Fulbright grant. She has exhibited in the US, Nicaragua, and Estonia. 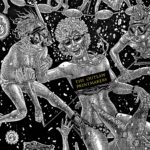 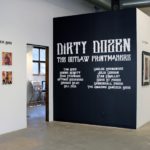 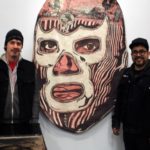 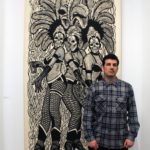 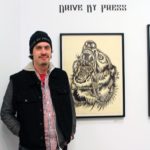 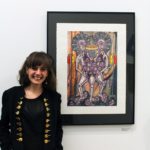 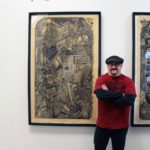 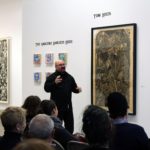 Your ticket for the: Dirty Dozen: The Outlaw Printmakers