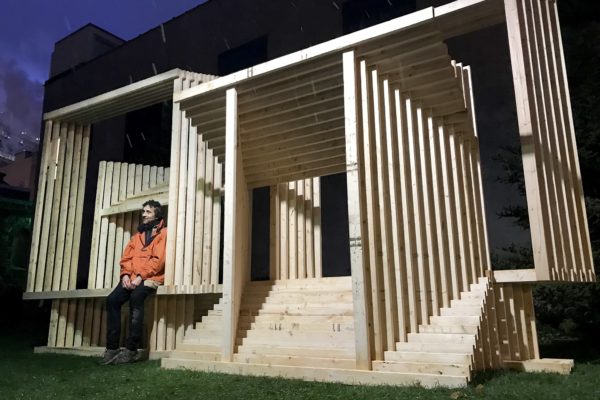 Double Bench is part of an ongoing series of sculptural interventions that have been realized over the past 3 years. Installed in public spaces throughout the US, the artist’s Basics sculptures are made of commonplace construction materials. Each public piece is unique and site-specific, yet the overall series of sculptures share a material and formal language.

The constructive logic is such that regular two by fours are added to create a layered space that is articulated in its parts, and assembled as a whole. The material is the most basic building material of everyday construction, and the wood will weather over time through exposure to the elements. What interests me, is where the boundaries are, in what we perceive as a sculpture to look at, and a usable object that we inhabit. BASICS blurs the line between usable object, that allows active use, and sculptural object, that demands a passive gaze. I encourage visitors to walk around the sculpture and notice how its appearance changes from a slim dense object to a wide set of frames, that captures its surrounding.

Matthias Neumann (New York, NY) was educated as an architect in Germany and moved to New York following graduation in 2000, where he founded the interdisciplinary office normaldesign in 2004. His work fluctuates between architecture and a wide range of artistic media, with a particular focus on public art and installations in public spaces. His built architecture projects have been realized for art spaces in New York and in South Africa. His work has been exhibited nationally and internationally, including venues such as Manifesta 8, Murcia, Spain (2010), the National Museum of Contemporary Art, Bucharest, Romania (2014), the former Public Museum, Grand Rapids, Michigan (2013), Montalvo Art Center, Saratoga, California (2016), Queens Museum, NY (2016), and the Cape Cod Museum, MA (2017), among others. 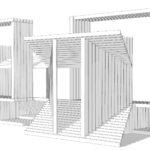 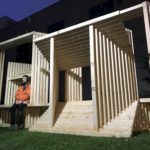 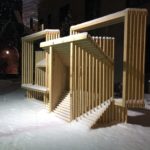 Your ticket for the: Double Bench