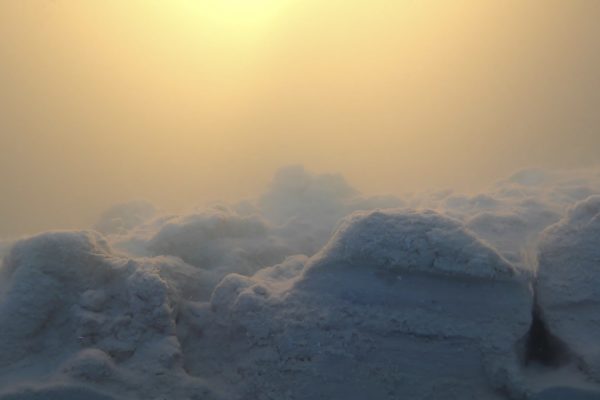 "Earthen" is a new exhibition of video art that considers our experience with earth and our days on it. The artists featured in the exhibition all participated in The Institute for Electronic Art’s Electronic Media & Film, Experimental Projects Residency. Three pieces are included in the exhibition. One is a diorama moving-image mystification of the turn of days (Britt Mosley "Sunset"), another a tingling iterative speculation on plant intelligence (Anna Scime "Understory"), and lastly a woman at night dancing with moths, as allegory on the notion that by living, we are under compulsion to one day return to the earth (Eiko Otake "Dancing with Moths") Read the full text by Rebekkah Palov.

Sunset by Britt Moseley
The video "Sunset" is a representation of a rocky mountainous landscape undergoing the cycle of night and day. The footage is of small bits of ceramic clay settled in a tank of water with a desk lamp light source, puppeteered to emulate the sun. The place seems to be both familiar and alien, resembling imagery from rovers on Mars or science fiction films. It is part of a series of video performances titled Buena Vista centered on creating microcosmic landscapes with common household goods and detritus.

Dancing with Moths by Eiko Otake, 2019
A document of Eiko Otake’s night dance with moths in the Canacadea State Forest, near Almond, NY. This recording was one of multiple performance for camera artworks made during Eiko’s June 2019 residency. IEA Co-director, Joseph Scheer mounted mercury vapor lights in the forest, which hauntingly lit the performance and attracted the moths. This technique is a regular activity in Scheer’s moth art project. The performance video document was recorded and produced by Rebekkah Palov.

Excerpt from ”Moth" written by Mitsuharu Kaneko in 1948

To live is to be fragile,
So is it a fault to nurture a dream?
Oh moth! What is life to you?
You’ve been exhausted ever since you lost your cozy pupa,
You’ve carried the weight of time upon your back
And gasped for breath
While taking a rest

Understory by Anna Scime
This piece focuses on the layers of vegetation beneath the canopy of the forest – on the perennials and decomposers that thrive in the undergrowth and drive nutrient cycling. Repetitive sequences play with geometric representations of space, time and subject; juxtaposing multiple planes at once. Blending background into foreground and showing subjects from various angles, the recurring sequences unearth a story within a story – a landscape within a landscape. Recursive renderings present a point of view that experiments with representation and non-representation simultaneously, as each clip reproduces itself in various forms, drawing the eye across the frame using movement, light, color, texture, shifting shapes and focus. Through layered images and audiovisual abstractions that simultaneously reveal and obscure, touch emerges as a primary form of knowledge transmission, creating a dialogue between finger/rootstock, blood/sap, veined skin/veined leaf and so forth. At the center of these exchanges is a rhizome, presented herein not as an object or subject, but as process.

Britt Moseley is a New York City based multidisciplinary artist from Denver, CO. His work exists between a distant surreal world and the twisted mundane. He has shown and workshopped the performance Buena Vista (what the work in the exhibition is derived from) at the St. Ann’s Warehouse (NY), Dixon Place (NY), and the IEA at Alfred University (NY). Other works have been shown at the Hammer Museum (CA), LaMama ETC.(NY), Three Four Three Four (solo exhibition) (NY), Phipps Conservatory (PA), Silas Marder Gallery (NY), the Long Island Nature Conservancy (NY), Pratt Institute (NY), Jane Hartsook Gallery (NY), Dekalb Gallery(NY), among others. Alongside these projects, he co-creates a music and comedy show Poppa Squash with Sean Petell. In essence, the show contains humorous, strange, and surreal scenarios cut between cool synthesizer music. You can hear Poppa Squash wherever you find podcasts.

Born and raised in Japan and a resident of New York since 1976, Eiko Otake is a movement– based, interdisciplinary artist. She worked first for more than forty years with her partner Koma, creating 46 interdisciplinary performance works, two career exhibitions and numerous media works. Always performing their own choreography, Eiko & Koma usually designed and handcrafted all aspects of their works including sets, costumes and sound. They presented their works in theaters, universities, museums, galleries, outdoor sites and festivals worldwide but since 2014 has been performing her own solo project A Body in Places. These activities brought her a special Bessie citation, an Art Matters grant and the Anonymous was a Woman Award. . Eiko & Koma were the first collaborative pair to share a MacArthur Fellowship (1996) and the first Asian choreographers to receive the Samuel H. Scripps American Dance Festival Award (2004) and the Dance Magazine Award (2006). Eiko teaches Delicious Movement in communities, colleges and art schools. Using movement study as a means of inquiry along with readings and media studies, she also teaches interdisciplinary college courses about the atomic bombings and other environmental issues such as mountain top removal coal mining and nuclear power plants. Eiko is a think tank fellow in Wesleyan’s College of the Environment on the theme of “From Disruptions to Disasters: A Lens on the Human Environment Relationship.

Anna Scime has screened, performed and exhibited work at institutions including; Burchfield Penney Art Center (Buffalo), Berlin International Directors Lounge (Berlin), Centro Cultural Borges (Buenos Aires), Detroit Independent Film Festival (Detroit), FLORA ars+natura (Bogotá), Kuala Lumpur Experimental Film, Video & Music Festival (Kuala Lumpur), PS1 MoMA (NYC), and more. Her documentary work has been broadcast nationally and published on Free Speech TV, PhillyCAM and Artgrease. She has received awards for her work including ARTS Council of the Southern Finger Lakes and New York State Council of the Arts (NYSCA), The Center for the Moving Image, The Liberace Foundation, The Mark Diamond Research Fund, The Robert and Carol Morris Fund for Artistic Expression and Performing Arts, and others. She studied journalism at Northeastern, and graduated summa cum laude with Bachelor’s degrees in English and in Art from University at Buffalo, where she also received an MFA from the Department of Media Study, and taught courses in media production and analysis. She was Squeaky Wheel's interim Executive Director from late 2015 through 2016, and continues to contribute to the cultural ecosystem in Buffalo through her work with community arts nonprofits. Recent residencies include: Liaison of Independent Filmmakers of Toronto (LIFT, Toronto), Signal Culture (Owego) and Institute for Electronic Arts (IEA, Alfred). She is also Lumiflux Media’s Executive Director.

Rebekkah Palov’s art practice is in music and video. Her artwork has been exhibited internationally, at numerous international films festivals and sound art exhibitions. She is also a media arts writer/curator and researcher on the history electronic arts, in particular the work of Harald Bode (b.1909).

About The Institute for Electronic Art 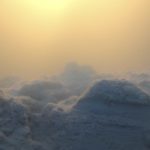 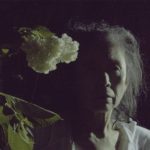 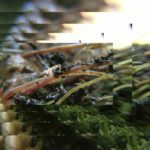 Your ticket for the: Earthen