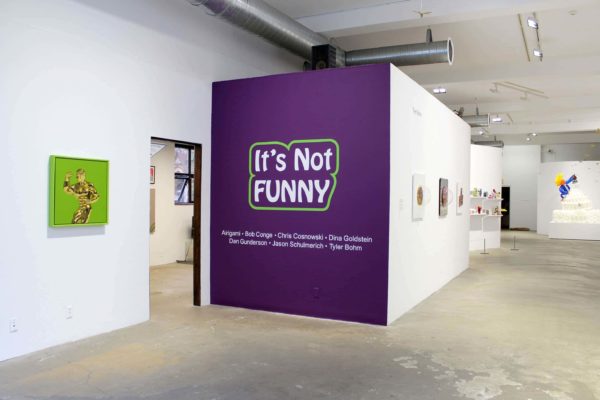 It’s Not Funny brings together artists, designers, and collectives who use toys and humor to engage with serious subject matter. The diverse projects featured in this exhibition combine playful objects with unexpected and deeper cultural critique.

Airigami (Rochester, NY) is an art group formed by Larry Moss and Kelly Cheatle. They work collectively and specialize in the new art of folding air: making massive sculptures entirely out of balloons. Airigami has created a range of high-impact designs for world-recognized brands. Some of their projects, such as Elastic Park, Airigami Balloon Adventure, Balloon Manor, and The Fantastic Flying Octopus have been the subject of local, national, and international media attention. Airigami recently made a highly visible installation for New York Fashion Week.

Bob Conge, aka Plaseebo, (Rochester, NY) graduated from Syracuse University with an MFA in Painting. He taught in the art schools of Syracuse University and the Rochester Institute of Technology, followed by a freelance illustration career before moving on to painting and printmaking. Conge’s work is known internationally and is represented in public and university collections in the United States, Europe, Japan, and China, including the Museum of Modern Art in Toyama, Japan and the Musee de la Publicite in Paris, France, among others. In 2005 Conge founded his sculpture studio Plaseebo, quickly becoming a prominent figures in the world of custom vinyl and resin toys. Conge recently collaborated with KAWS on a limited edition series of toys.

Chris Cosnowski (Chicago, IL) examines metaphoric and symbolic ideas of American society through his hyperrealistic oil paintings. The subjects of these impossible still lifes come from the world of toys and Americana. The scenes create a high-low culture clash as the dificulty of the realistic painting style contrasts with the absurdity of the subject matter. Cosnowski received his MFA in Painting from Northwestern University and his BFA from Columbus College of Art and Design in Columbus, OH. His work has been exhibited in New York, Chicago, San Francisco, London, and beyond. Cosnowski currently lives and works in Chicago and has been represented by Lyons Wier Gallery since 2001.

Dan Gunderson (DeLand, FL) is a renowned sculptor and a long-time Professor of Art at Stetson University in Florida. Featured in It’s Not Funny are several of Gunderson’s luminous photographs of the mesmerizing toy mandalas he creates. His kaleidoscopic images vacillate between the overall pattern and the familiar toys that comprise them. The exhibition will also feature a trans xing video documenting many of the artist’s works from this project. Gunderson has had numerous museum exhibitions, including at the Polk Museum of Art and at the Mennello Museum of American Art.

Dina Goldstein (Telv Aviv, Israel) is an Internationally known photographer based in Vancouver, Canada. Her projects challenge the conventional conceptions of the feminine ideal and gender stereotypes. Her photographic series In the Dollhouse, a ten-part sequential narrative that takes place within a dollhouse belonging to Barbie and Ken, has been described by critic Barry Dumka as “social documentary photography masquerading as a puppet show.” Goldstein has received international recognition and has been exhibited widely throughout North America, Europe, and the Middle East. In 2014 she received the Prix VIRGINIA Award, an international prize for women photographers.

Jason Schulmerich (Rochester, NY) is a self-taught artist whose weird, science fiction inspired drawings depict part robotic, part organically mutated citizens. It’s Not Funny includes two participatory magazines: Hell Bart and Hell Mickey. For these publications, the artist asked strangers and friends to quickly depict popular animated characters without reference imagery. Schulmerich and RoCo have teamed up to re-print a limited number of these two publications, which will be given to visitors as supplies last. Schulmerich has participated in the RoCo’s past Members Exhibitions. 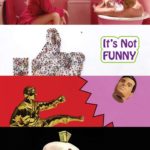 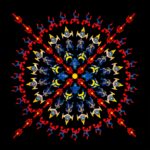 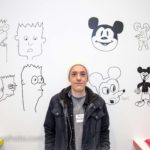 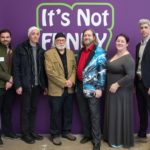 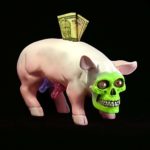 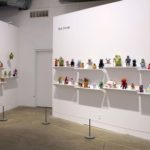 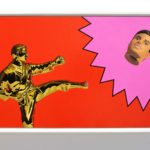 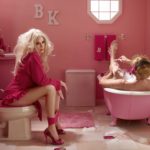 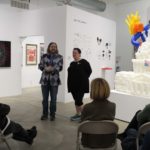 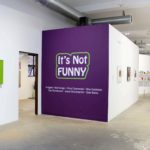 Register for Exhibition: It’s Not Funny

Your ticket for the: It’s Not Funny