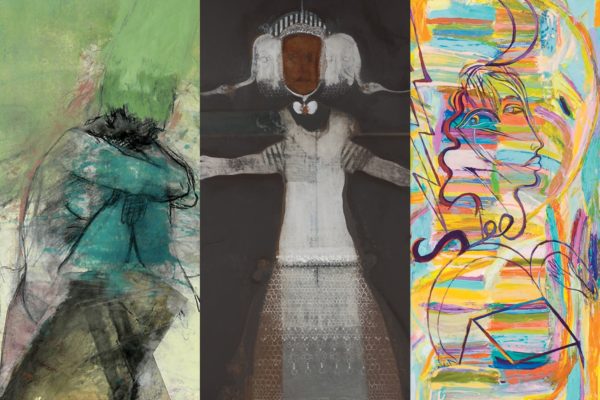 Makers & Mentors is a new exhibition celebrating the artwork and influence of one of the region’s most well-known and accomplished artists, Robert Marx. New work by Marx is exhibited alongside artworks by Marx's former students, Ron Pokrasso and David Bumbeck.

RoCo's Makers & Mentors exhibition series highlights the importance of art education in the Western/Central New York Region and celebrates the artwork and influence of the region’s most accomplished artists. The exhibition series includes Mid/Late career artists exhibiting alongside their former students, many of whom are now educators themselves.

Robert Ernst Marx is a nationally renowned painter and printmaker, and has been an important part of Rochester’s art scene for generations. Marx’s oil paintings, prints, and drawings commonly touch upon religious and social issues, illustrate power dynamics, and share a dark set of emotions. Born in Germany in 1925, Marx grew up in the US and received a BFA in painting and an MFA in print making from the University of Illinois. Marx’s work has been exhibited in many group and solo exhibitions throughout the US and is included in numerous collections including The Brooklyn Museum of Art, the Cleveland Museum of Art, the National Gallery of Art (Washington, DC), the Metropolitan Museum of Art (New York, NY), and the Museum of Modern Art (New York, NY). Marx has taught at Flint institute of Art, Syracuse University, and the State University of New York at Brockport. Makers & Mentors features 11 new paintings, one sculpture, and one drawing by Marx. The exhibition also includes a new video interview about his artwork, influences, and career.

Ron Pokrasso (Santa Fe, NM) is a printmaker, painter, and educator whose work often juxtaposes seemingly unrelated and competing elements through his mastery of various print making processes. Born in Brooklyn, NY in 1951, Pokrasso moved to New Mexico in 1978 and received a BS from the State University of New York at Brockport, where he studied with Marx, and an MFA from the Pratt Institute. Pokrasso’s artwork has been exhibited in group and solo exhibitions throughout the US, and is included in the collections of The Riverside Art Museum, and the Chicago Public Library, among others. Makers & Mentors includes 14 recent prints and mixed media artworks by Pokrasso.

David Bumbeck (Middlebury, VT) is a nationally recognized artist whose works combine his resilient interest in the old masters with modernist approaches to the figure and landscape. Born in Massachusetts in 1940, Bumbeck received a BFA from the Rhode Island School of Design and an MFA from Syracuse University, where he studied with Marx. Bumbeck’s artwork has been exhibited in group and solo exhibitions throughout the US, and is included in numerous collections including the Metropolitan Museum of Art (New York, NY), Everson Museum (Syracuse, NY), and The DeCordova Museum (Lincoln, MA). Makers & Mentors features 13 recent paintings and mixed media artworks by Bumbeck. 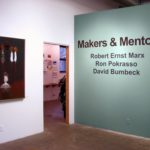 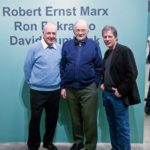 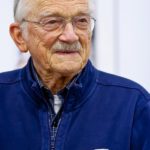 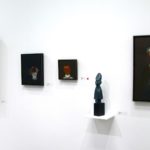 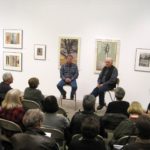 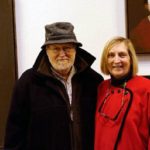 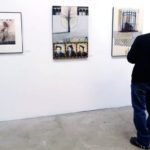