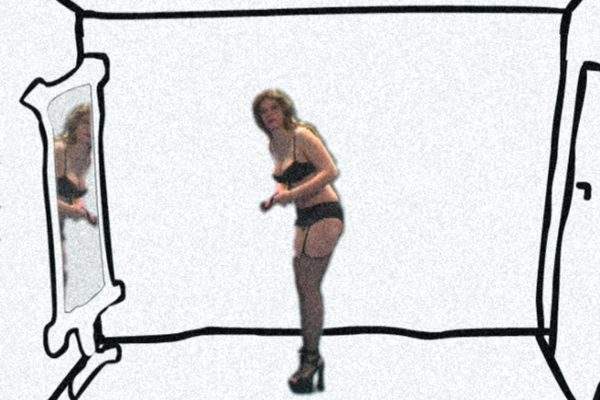 Me Pix: Picturing Ourselves in Video and Photography is an exhibition of new video, photography, and electronic media artworks by five emerging artists.

Ann Oren's (New York, NY/Israel) work investigates forms of communication and the spectacle-infused self, digging into one's tendency to be, watch, and act under the illusion of an omnipresent camera. Oren divides her subjects into actors and non-actors (amateurs) and examines these two groups by engaging the audience to decide which role they prefer.

Daniel Cosentino (Kosovo) draws upon his interest in philosophy in making artworks that incorporate performance, sculpture, video, design, and digital imaging. Working with the tension between double meanings that are accentuated by his medium, Cosentino's work activates parallel processes between performance, recorded performance, picture making, and sculpture while also including references to antiquity and historic iconography.

Stefan Petranek (Indianapolis, IN) is interested in connections between the self and underlying forces of the physical world. Patranek works with what he calls the "aftermath" of those interactions by using photography and video to pare down many complex and ubiquitous forces of nature into their basic elements. Petranek sees his process as experiments that explore specific ordering systems and forces such as gravity, the genome, states of change in water, etc. His reductionist approach is related to his training as a biologist.

Jess Levey's (New York, NY) work investigates the relationships we have with our surroundings. She is particularly interested in how our very presence transforms a particular space while we are simultaneously being affected by that specific environment. Work environments are fertile sites to consider these issues. Levey's piece Untitled #4 presents an image of a woman in an office chair. As she rolls back and forth, she progressively becomes more and more frustrated by her entrapment within her work environment. Related to her intentions and interests, this installation transforms the gallery environment through its action and escalating emotions.

Karen Y. Chan (New York, NY) uses simple gestures, brief moments, and media fragments to create transfixing and meditative works. Me Pix includes Open/Close, a video portrait of Chan's own lips continually mouthing. The deeply saturated, grainy video transferred from super 8mm offers a close-up look at just a pair of lips, whose emotion can only be guessed at. 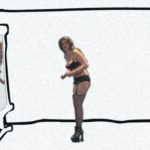 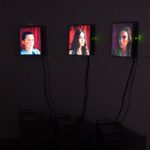 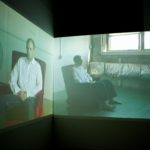 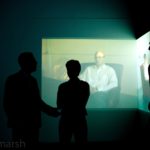 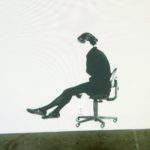 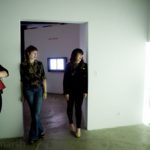 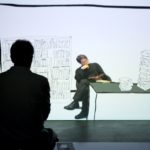 Register for Exhibition: Me Pix

Your ticket for the: Me Pix