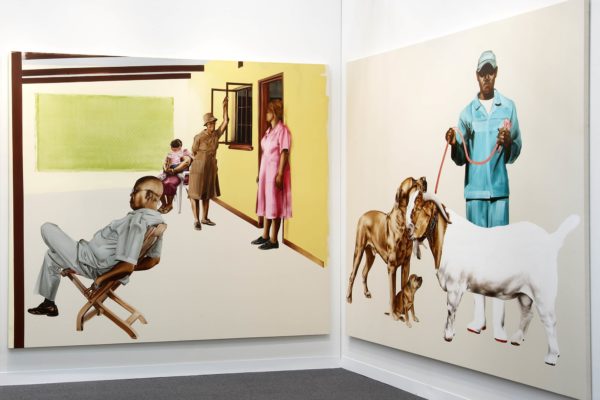 Meleko Mokgosi (Francistown, Botswana) makes figurative paintings that fit together to form “chapters” in large installations that suggest stories or narratives. This multi-venue exhibition at RoCo and the Memorial Art Gallery is the first time the chapters of Mokgosi’s project Pax Kaffraria are being exhibited together. Visit both RoCo and the MAG for the fullest experience of Mokgosi’s monumental project in Rochester.

Pax Kaffraria depicts the history of a fictional African nation. It features founding myths and legends of national triumph. An agrarian culture develops into an industrial power and modern society. Flags wave, leaders command, and the pomp and circumstance are televised for viewers who choose to watch the events from the comfort of their homes. There are references to shared values and prosperity—and to attendant threats of possible future decline.

Pax Kaffraria is a complex and enigmatic response to the southern African postcolonial experience, with special focus on the rise of African nationalist movements since the late 1950s. These movements grew out of the struggle of the black people in many African countries for independence from their European colonizers.

Meleko Mokgosi has received international attention for his finely rendered, mural-sized figurative paintings that explore the complexity of politics, history, and culture in postcolonial southern Africa. Mokgosi has participated in group shows at the Studio Museum in Harlem, where he was an artist-in-residence, the Hammer Museum at the University of California, Los Angeles, and the Lyon Biennale, among others. In 2015 he had solo exhibitions at the Institute of Contemporary Art in Boston and Jack Shainman Gallery: The School in Kinderhook, New York. In the fall of 2016 he had his first solo exhibition in New York City at Jack Shainman Gallery. Mokgosi is the recipient of the 2012 Mohn Award from the Hammer Museum. He lives and works in New York City, where he continues to investigate how national identity influences the way people understand their place in the world. 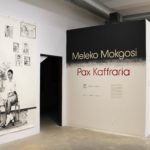 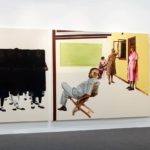 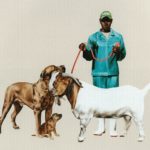 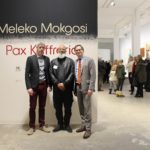 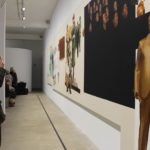 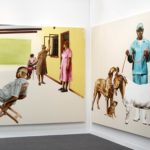 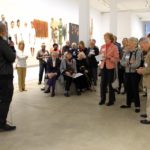 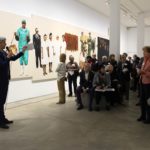 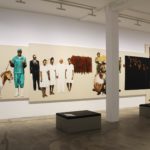 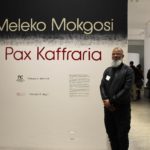 Your ticket for the: Pax Kaffraria