No Soil Better: Art & The Living Legacy of Frederick Douglass 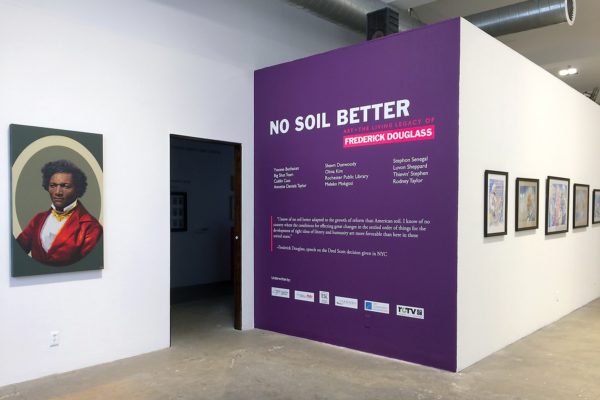 No Soil Better is an exhibition of new artworks by a diverse group of emerging and established artists. The featured projects reflect on how Douglass has been memorialized and the importance of his legacy today. This exhibition is presented as part of the Frederick Douglass Bicentennial Commemoration Committee organized by Rochester Community Media Center (RCTV) and Rochester Contemporary Art Center (RoCo). Read the full exhibition text here.

“I know of no soil better adapted to the growth of reform than American soil. I know of no country where the conditions for effecting great changes in the settled order of things, for the development of right ideas of liberty and humanity are more favorable than here in these united states.”

–Frederick Douglass, speech on the Dred Scott decision given in NYC, May 1857

Listen to the WXXI Connections program about this project.

Caitlin Cass (Buffalo, NY) makes comics, drawings, and counterfeit historical exhibits inspired by failure throughout history. She has been publishing a bimonthly comic periodical under the moniker The Great Moments in Western Civilization Postal Constituent for the past eight years. Recent issues of the Postal Constituent folklorize histories from America’s Industrial Revolution and Gilded Age. In addition to self-publishing, Cass' comics have appeared online at TheNib.com and in alt-news weeklies such as The Chicago Reader and The Public. Her recent counterfeit history installations include How to Fly in America at the Hallwalls Contemporary Art Center and The Museum of Failure, which has been exhibited in Buffalo, Rochester, and Washington D.C. Her drawings and prints are included in the Pierogi Gallery's Flat Files in Brooklyn, NY and at the Frans Masereel Centrum in Kasterlee, Belgium. Cass was a 2015 fellow at I-Park in East Haddam, CT and a 2016 artist-in-residence at Byrdcliffe Arts Colony in Woodstock, NY. She holds an MFA in Visual Studies from the University at Buffalo and a BA in Great Books from St. John’s College in Santa Fe, NM. Cass works in Buffalo and teaches art at Buffalo Seminary.

Shawn Dunwoody (Rochester, NY) is a multi-disciplinary artist whose work ranges from illustrator, gallery artist, designer, painter, and community muralist. "My practice in creative implementation and innovative planning focuses on urban interventions and community forms of urban development. I believe in contextual knowledge, an original approach, and imagination as the basis for crafting new forms of appropriation of space, common producing, and creative development. In everything I do I bring a 'stay creative' thinking to the table and aim to integrate the needs of the people, the possibilities of technology, and the genius of great experiences. I understand that creativity inspires and plays on our curiosity. This inspiration makes people want to hear more, learn more, and engage more."

Annette Daniels Taylor (Buffalo, NY) is an Arthur A. Schomburg fellow with the Department of Media Study, University at Buffalo who uses poetry as a foundation in her media work. She is a Pink Door Writing Retreat alum and lead teaching artist with Young Audiences for their Underground Railroad Residency of Western New York program. Annette is a native of Staten Island, New York. Taking several creative roles such as actor, director, costume designer, playwright, poet, and recording, visual, and teaching artist, she uses practical experiences for artistic expression. Taylor is an award-winning playwright, poet, community artist/storyteller, and the author of Street Pharmacist: and other poetic tales and Hush now: poems to read aloud. With an interest in forgotten American histories, her performance practice includes poetry, video, sound, and vocals.

Olivia Kim (Rochester, NY) is a figure sculptor. A strong interest in the arts and cultures of the ancient to recent past led her to visit North, Central, and South Americas, Southeast Asia, and Europe to see first hand. She graduated cum laude with Divisional Honors in Ceramic Sculpture from the School of Art and Design, New York State College of Ceramics at Alfred University of Alfred, NY in 2001. In 2004 she completed four years of post-graduate studies, receiving her Certificate in Realist Drawing, Painting and Sculpture of the Human Figure at the Florence Academy of Art in Florence, Italy. From 2005-2010 she learned techniques in bronze casting in Carrara and Pietrasanta, Italy, and produced public and private commissions in sculpture and mural painting. In 2007 she began biomechanical and biokinetic studies to give insight to her understanding of human body movement. In 2010 she moved back to Rochester, NY, continuing to make sculptures in cast glass, bronze, and terracotta. Her recent projects concentrate on a range of body types, including dancers from Futurpointe Dance and Bessie and Tony award-winning Garth Fagan Dance Company. Kim's artwork is displayed publicly and privately in Europe, Australia, and America. Her work is currently displayed at the Harbor Square Gallery in Rockland, ME and Gormley’s Gallery in Dublin, Ireland. Alongside commission work, Olivia teaches classes and workshops in drawing, anatomy, and sculpture.

Stephon Senegal (New York, NY) is an artist working primarily in assemblage and sculpture. His work focuses on martial themes with specific attention to objects and their potential functionality. He holds an MFA from the Mount Royal School of Art at the Maryland Institute College of Art. Senegal was born in Lafayette, LA and lives and works in New York City, NY.

Luvon Sheppard (Rochester, NY) received his bachelor’s and master’s degrees from the Rochester Institute of Technology, where he is a full professor in the School of Art and Design. Luvon has also taught at SUNY Brockport and Geneseo Universities. Sheppard’s paintings reflect his involvement in Rochester community life. He is known for his watercolor street scenes and portraits of local African-American heroes, including abolitionist Frederick Douglass, choreographer and dancer Garth Fagan, and community activist Mildred Johnson. His work is in the permanent collections of the Memorial Art Gallery, the City of Rochester, the Museum of Fine Arts in Boston, the University of Seoul, South Korea, the Henrietta School District, the Rochester Institute of Technology, the Rochester Savings Bank, Garth Fagan Dance, and many other institutions. Sheppard has always played an active leadership role in the Rochester arts community. In 1970 he became the Memorial Art Gallery’s first Neighborhood Affairs Coordinator. He was also instrumental in the creation of the All Of Us Workshop, a groundbreaking organization created to provide community art classes. Luvon has received many awards, has lectured throughout the Greater Rochester Area, and serves on several committees and boards.

Thievin’ Stephen (Rochester, NY) cuts through stencils, samples, and the world we inherited, in search of truth and beauty. Whether by blade and spray paint, or via drum machine, he creates intricate and layered visions of society, pulled from the remnants left behind by those who came before him. He has been a curator for On The Cut at 4Walls Gallery, the Lobby Gallery, and Rochester Crop Circle. His art has been included in Wall/Therapy, 1975 Gallery, the Bushwick Collective, Succulent Studios, Sage Art Center, and Makers Gallery (permanent collection).

Meleko Mokgosi (New York, NY) has received international attention for his finely rendered, mural-sized figurative paintings that explore the complexity of politics, history, and culture in Southern Africa. Mokgosi has participated in group exhibitions at the Studio Museum in Harlem, where he was an artist-in-residence, Savannah College of Art and Design Museum, Yerba Buena Center for the Arts, the Hammer Museum at UCLA, and the Lyon Biennale, among others. He has had solo exhibitions at the Institute of Contemporary Art, Boston, the Jack Shainman Gallery, The School, Kinderhook, and Williams College Museum of Art; with upcoming solo exhibitions at the Fowler Museum at UCLA, and Baltimore Museum of Art in 2018. Mokgosi is the recipient of the Mohn Award from the Hammer Museum in 2012, the Joan Mitchell Foundation Painters Grant in 2013, the Pollock-Krasner Foundation Artist Grant, and the Elizabeth Greenshields Foundation Painters Grant in 2017, as well as the Vilcek Award For Creative Promise in 2017. 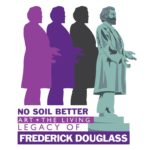 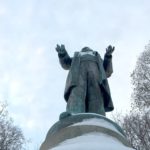 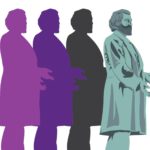 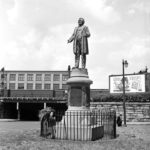 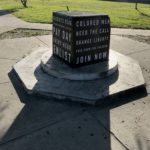 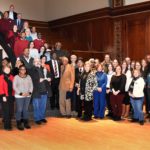 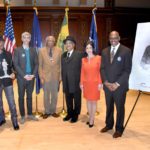 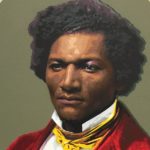 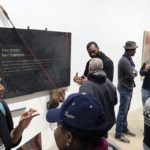 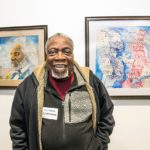 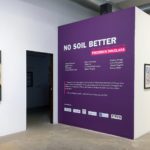 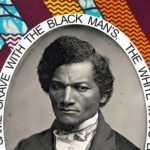 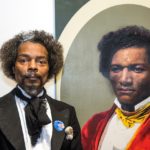 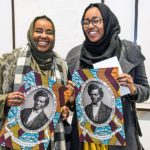 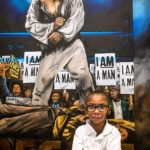 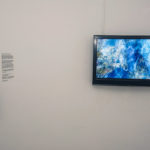 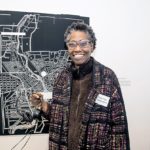 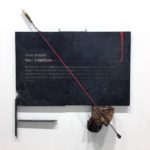 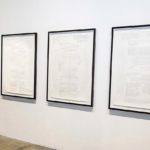 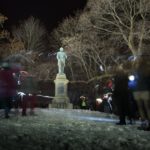 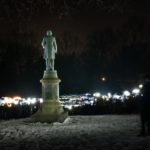 Register for Exhibition: No Soil Better: Art & The Living Legacy of Frederick Douglass

Your ticket for the: No Soil Better: Art & The Living Legacy of Frederick Douglass

No Soil Better: Art & The Living Legacy of Frederick Douglass