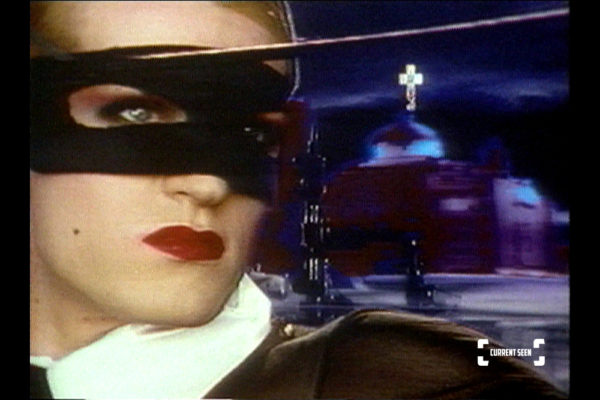 Remembrance of Things Fast: True Stories Visual Lies, 1994 by John Maybury (b. 1958, London) is a landmark work, in terms of its use of high-end post-production techniques and visual f/x to construct an imaginary, complex and thoroughly queer virtual landscape — one which extravagantly references the tropes and visual language of broadcast television, underground film, gay porn, drag & club culture, activist détournement, and music videos, while fluidly slipping between the boundaries separating those mediums. Although Maybury’s presence seems objective and absent from the video (he seems content only to observe these shadier corners of ‘the Matrix’), the numerous other characters portrayed are native inhabitants of this nonlinear, ever-shifting media landscape -- their bodies multiplying, their appearance shifting and morphing, their presence defiant and celebratory, even as the terrain threatens to dissolve or obliterate them. It is a reminder of the (sometimes contradictory) balancing act that must occur between the desire for mainstream representation, equality and visibility … and the kind of liberated personal identity that can only be invented and explored in the shadows and the imagination. – Sean Capone

Remembrance of Things Fast is presented alongside (on alternating days) Avatar Poetics. Both exhibitions are presented as part of Current Seen, the small-venue biennial for contemporary art.

John Maybury is an English filmmaker and artist. In 2005 he was named as one of the 100 most influential gay and lesbian people in Britain.

Remembrance of Things Fast and Avatar Poetics are presented in partnership with, and supported by Image Out, The Rochester LGBT Film & Video Festival (October 10 - 20, 2019). ImageOut presents LGBT arts and cultural experiences showcasing films, other creative works and artists to promote awareness, foster dialogue and build community. 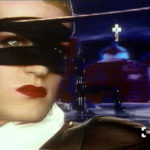 Your ticket for the: Remembrance of Things Fast