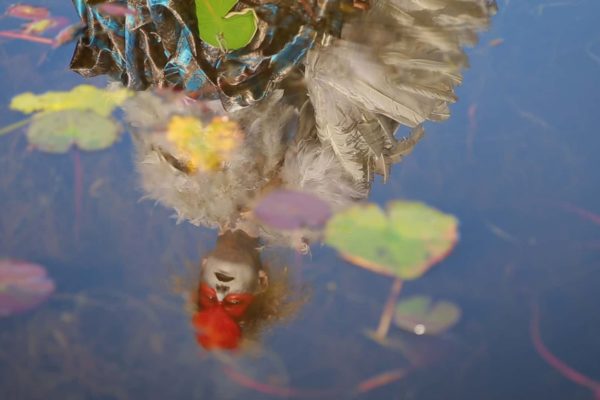 Scenes of Place is an occasional series of curated video programs brought to Rochester from around the Great Lakes and beyond. This first edition of Scenes of Place features works by video artists living and working in Milwaukee, WI. The program is curated by Milwaukee-based artist, educator, curator and co-founder of Microlights Cinema, Ben Balcom.

1991 by Saif Alsaegh - 12 min, 2018
1991revolves around a conversation between the filmmaker, an Iraqi asylum-seeker living in the US, and his mother Bushra, an Iraqi immigrant living in Turkey while she awaits approval to immigrate to the US. Both are in uncertain positions regarding their immigration statuses and have not been able to see each other for years. 1991 navigates the distance between them. Through a facetime phone conversation, the film expresses the ways that a relationship becomes virtual and symbolic across forced distance. 1991 is set in a cabin where the filmmaker lives a semi-imaginary, peaceful life, building fires, cooking, and dancing. The central phone conversation details Bushra’s memory of the filmmaker’s birth in the middle of the 1991 Gulf War and the danger and suffering she went through. Through poetic juxtaposition of the virtual landscape of the phone, the calm landscape of the cabin, and the chaotic landscape of memory, the film paints a cruel image of the horror of war, displacement, and separation.

Exit Strategy #3 by Kym McDaniel - 9 min, 2018
A culmination of images and thoughts after a summer when McDaniel's chronic pain and fatigue left her sleeping for days at a time. The third in a series examining how the artist's head injury has forced her to cope with emotional and physical traumas.

Magic Bath by Grace Mitchell - 8 min, 2018
Magic Bath is a diaristic collection of reconciled footage from the filmmaker’s adolescence into adulthood consisting of outtakes, handycam confessions, cellphone pics and performances that come together to form a collaged self-portrait.

The Deer Queen by Brooke Thiele - 6 min, 2017
The Deer Queen takes place deep Northwoods, where the powerful and fragile Deer Queen reigns. We see a small cabin, filled with trophies of the hunt. On the ground outside the cabin, there is a dead deer. A Hunter emerges from inside the deer. Her quarry is a seductive and dangerous Crane, whom she stalks (and pines for) because the Crane has the freedom to fly away.

This program is comprised of works by four artists currently working in Milwaukee, WI, a detail that is both significant and incidental. What really binds these works is in the artists' embrace of the personal mode, as varied as that is from work to work. Each of these videos are confessional in nature, even when certain details remain obscure. Kym McDaniel and Saif Alsaegh's videos are the most explicitly personal. Read the full text by Ben Balcom...

Saif Alsaegh is a United States-based Filmmaker and poet from Baghdad. Much of Saif’s work deals with the contrast between the landscape of his youth, Baghdad in the nineties and early 2000s, and the Montana landscape where he lived for seven years. In 2013, he published a book of poetry titled Iraqi Headaches. His films, made in collaboration with his brother Fady Alsaegh, have screened in many festivals including Cinema du reel, MedFilm Festival, Fronteira Festival and others.

Kym McDaniel is a filmmaker and choreographer currently based in Milwaukee, Wisconsin. Her work explores themes of vulnerability, resistance, and trauma recovery. Originally from Chicago, she has a BFA in Contemporary Performance & Choreography, and a BA in Psychology. Her dances and films have performed and screened most recently at the American Dance Festival’s Movies by Movers, EXCHANGE Choreography Festival, and the Chicago Underground Film Festival, among others. In 2015, she became certified as an AmSAT Alexander Technique teacher. She has an MFA in Film, Video, Animation & New Genres from the University of Wisconsin-Milwaukee.

Grace Mitchell is an artist based in Milwaukee, WI who works in film, video, and animation. Her videos have screened at Winnipeg Underground Film Festival, Onion City: Experimental Film + Video Festival, That One Film Festival, Transient Visions and Grand Rapids Feminist Film Festival. Her poetry has been published by Martian Press, Open House Poetry and Elderly.

Brooke Thiele is an animator, performance artist, and filmmaker. She was born in Teague, South Korea and adopted at 9 months old by a family from Green Bay Wisconsin. As a young girl with three older brothers, Brooke enjoyed all the hallmarks of Midwestern life including hunting, fishing, and sports. In 2004 she earned a BFA from the School of the Art Institute of Chicago, followed by an MFA in film from the University of Wisconsin-Milwaukee in 2007. Since then she has been a lecturer in the Film, Animation and New Genres department at UWM. Thiele’s work spans several mediums and her projects generally explore concepts of identity, the perception of memory, and nature.

Ben Balcom (b. 1986, Massachusetts) is a filmmaker currently living, working, and teaching in Milwaukee, WI. He received his MFA in Film, Video, Animation, and New Genres from the University of Wisconsin-Milwaukee, and his bachelor’s degree in Film-Video Production from Hampshire College. Balcom’s work investigates the relationship between cinematic artifice and ordinary experiences of desire, memory, and understanding. His films have been exhibited at the European Media Festival, Media City Film Festival, Anti-Matter Media Arts, Alchemy Film, Ann Arbor Film Festival and Slamdance. His work received the Black Bear Award for Best Use of Sound at the 2016 Athens International Film & Video Festival, and the Niagara Award for Best Cinematography at the 2015 Ann Arbor Film Festival. In 2015 he was selected for a Mary L. Nohl Individual Artist Fellowship. Ben currently teaches film production at UWM and is the technical director for the Milwaukee Film Festival. He is also a co-founder and programmer of Microlights Cinema. Since 2013, Microlights has hosted nearly 30 film and video artists from around the world. 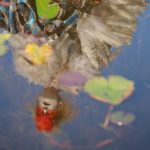 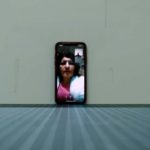 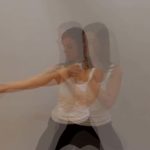 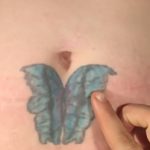 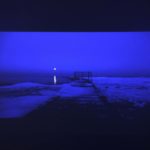 Your ticket for the: Scenes of Place: Milwaukee