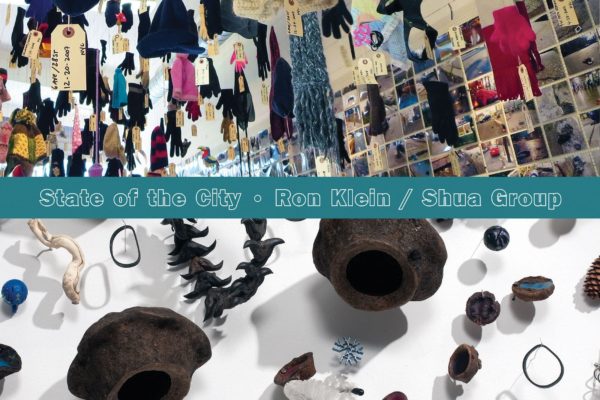 State of the City 2014 features large-scale installations by Ron Klein, Laura Quattrocchi, and The Shua Group, each encouraging us to think differently about our surroundings and consider consumption and waste. Klein's complex and varied installations grow out of his traveling and collecting creative practice. The Shua Group creates movement-based artworks which encourage deep listening, human exchange, and spatial and perceptual transformation. Presented in partnership with the Memorial Art Gallery and the Howard Scott Gallery.

Ron Klein (Philadelphia, PA) is a passionate artist, traveler, and professor. Klein’s years of travel have taken him to dozens of remote locations, where he collects not only his inspiration, but also the physical materials to create his large-scale installations. Fascinated by the discards of both man and nature, Klein juxtaposes organic materials with urban waste in purposeful arrangements to create both energy and calm. His work exemplifies his mantra: selection and precise placement of objects are critical for communicating with viewers. Klein has been awarded five Mid-Atlantic Arts Foundation/Pennsylvania Council on the Arts Fellowships in Sculpture, two National Endowment for the Arts Fellowships in Sculpture, four Jackson Pollock/Lee Krasner Foundation Fellowships in Sculpture, and a La Napoule Art Foundation residency in France. Klein is a professor at Saint Joseph’s University and is represented by Howard Scott Gallery in New York City.

Shua Group (Jersey City, NJ) is a performance company and not-for-profit organization directed by choreographer Joshua Bisset and artist Laura Quattrocchi. SHUA Group’s movement based art is not limited to stage dance. Performances occupy indoor and outdoor public spaces, encouraging audience interaction and involvement. The group focuses on choreography, improvisational structures, field recorded sound, and interactions with objects and geography to broaden the interface between creative physical actions and public life. For the members and collaborators of SHUA Group, performances also serve to explore the body’s exceptional and inherent potential for movement. SHUA Group has been presented both nationally and internationally. Past performance locations include the World Financial Center opposite Ground Zero, Federal Hill in Baltimore, and numerous colleges and universities.

Laura Quattrocchi’s (Padova, Italy) fascination with finding, saving, and archiving led to her Lost Collection installation. The project consists of found, inconsequential objects dropped by pedestrians in New York and New Jersey. Quattrocchi’s collection of found socks, gloves, and even a wedding ring is suspended at eye level, putting the viewer in direct contact with "somebody’s stuff." A cross between a thrift store explosion and a museum archive, Lost Collection is a subtle monument to the number of pedestrians in major metropolitan areas. Conversely, it also illustrates the scarcity of urban life in other northern cities like Rochester. 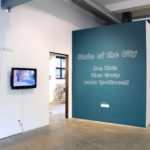 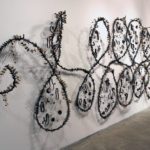 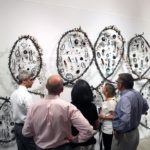 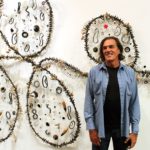 Register for Exhibition: State of the City 2014