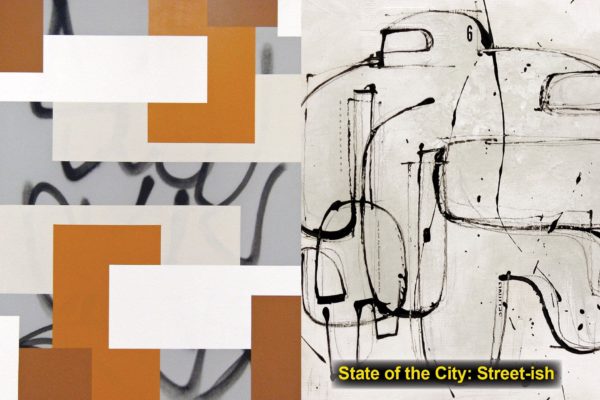 Street-ish, a State of the City exhibition, includes works by four young artists and is presented in partnership with The Memorial Art Gallery. Street-ish includes paintings and sculptures that are informed by street art and contemporary urban culture.

Kurt Ketchum (Rochester, NY) brings together elements of street art, Abstract Expressionism, stencil art, and graphic design in his paintings, graphics, and sculpture. Ketchum considers himself both influenced by and an active observer of street aesthetics, architectural decay, and skateboard culture. His visual language contains textured elements of high and low culture, often including slivers of numbers and type arranged in idiosyncratic and careful positions. Pieces of Ketchum’s paintings can just as easily allude to a sport team’s logo, as a loose numeric scribble, or an aging street sign with paint overs, all the results of the artist’s pursuit of his own universal vocabulary.

Karlos Cárcamo (Beacon, NY) is a painter and sculptor who is informed by his interest in history, urban culture, and Modernist Abstraction. His multi-media work incorporates high and low cultural references while exploring the social function and codified language found within various aspects of urban culture. He is also interested in urban culture’s influence on popular culture. Cárcamo's artwork, such as his Hard Edge Paintings (6 of which are featured in Street-ish), which mash-up graffiti tags, color fields, and paint overs, aims to understand the urban environment’s unique vocabulary through Modernism’s own art historical and ideological lenses. Cárcamo has been included in many group exhibitions and recent solo exhibitions at Hionas Gallery and Dean Project.

Craig Colorusso's (Rogers, AR) Sun Boxes is comprised of twenty speaker boxes operating independently, each powered by the sun via solar panels. Collectively installed adjacent to RoCo, Sun Boxes creates a sound field for visitors to walk through and experience. The array of speakers presents a Bb note, yet due to variances in the sound loops, cloud cover, and distance, each visitor hears and feels the piece, it’s “composition,” differently. Sun Boxes uses a commonplace iconic technology - the speaker box - to gently and subtly illustrate how we are all reliant on the sun. Sun Boxes has appeared at numerous art centers and festivals throughout the US including AMOA-Arthouse and Walton Arts Center, among many others.

Irvin Climaco Morazan (New York, NY) creates fantastical sculptural headdresses that he wears during performances, photographs, and videos. He intertwines indigenous traditions with urban street aesthetics to create new personas that blur the boundaries of stereotypes. Consequently, the performances are often hybrid rituals intended to cross metaphysical spaces through spectacle and absurdity. The works draw upon multiple associations and meanings while valuing history, theory, and their relationship to contemporary culture. Street-ish features Cheesedoodle Headdress, a mixed media wearable sculpture, and videos and photographs of Morazan’s performances. Morazan was born in El Salvador and received his BFA from the School of Visual Arts and his MFA from Hunter College. Morazan has received several grants and awards, including the Robert Mapplethorpe Award for Photography. He has been included in exhibitions in Berlin, Mexico City, El Salvador, and Colombia. His New York exhibitions include Festival of New Ideas at The New Museum, La Mama Gallery, HVCCA Museum, Exit Art, Bronx River Arts Center, Jersey City Museum, Sean Kelly Gallery, DCKT Gallery, and Jack the Pelican Presents. 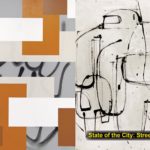 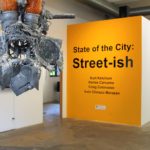 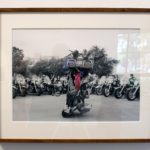 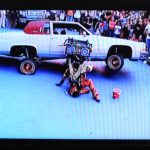 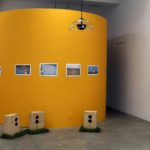 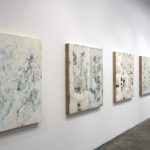 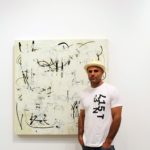 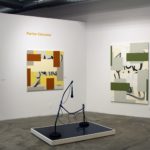 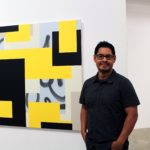 Your ticket for the: Street-ish