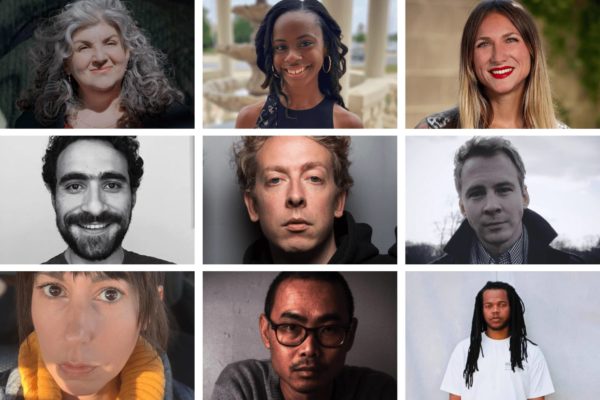 We've heard from many artists that Rochester can be a little hard to break into.

Welcome! events bring together a diverse and eclectic group of creatives to help build a more supportive and sustainable art community. This gathering is intended to help us all connect and support each other, especially those who are new to Rochester. Nine artists were highlighted ranging from dancers to photographers to musicians, focusing on those who recently moved here or have returned to Rochester. Each creative introduces themselves, their practice, and what they hope to achieve in Rochester. Attendees should expect to make introductions, propose collaborations, and network.

WELCOME I featured these nine artists

Lisa Dowda is the writer/producer of crowd-funded projects such as CHASING SANITATION: Falling In Love With New York’s Strongest, a photo/narrative exhibition, WACO, a stage play, and HOW TO MAKE MOVIES AT HOME, an award-winning feature film. She is the recipient of grants/scholarships from the New York Foundation for the Arts, Dramatists Guild Fund, Local 831 DSNY Union, National Defense Investigators Association and Double Exposure Investigative Film Festival. She is a licensed private investigator with the local public defenders office and currently working on her memoir, The Saturday Night Fever Chronicles: How I Became a Dick.

Darrian Jenkins is a Florida-based photographer and multidisciplinary artist (known as Killethos25) has been honing his skills in photography, music production, and graphic design for the past eighteen years. Originally taking candid photos of family trips on an old disposable camera at 12, Darrian has since blended his childhood inspiration with his love for the extended universe of visual arts, bringing together the perfect ingredients for the evolution of his artistic practice. Darrian’s journey as a photographer has also brought him into close contact with the world of music, allowing him to synthesize both and extend the range of his talents further than he ever imaged. Living in Los Angeles during the mid-2010’s taught him the value of diversity in art and gave him a canvas in which to sharpen his eye for portraits, landscapes, and visual storytelling. Currently, his work allows him to explore and translate the stories and emotions that humans tend not to express vocally.

Lisa Moses is an artist, educator, illustrator and designer. Constantly inspired by the natural world, she works to rethink and challenge artistic practices with biomimicry through material and spatial investigations of new biomaterial contexts and modes of remediation. Her current research includes the cellular structures, morphology, pollinating practices, adaptations, transmutations and photosynthetic processes of both fossilized and extant species of ancient plants. Lisa is interested in furthering her public and academic roles through collaborations with Botanists, Synthetic Biologists and Nanotechnologists on developing energy-producing regenerative ecosystems - as temporal installations and through more permanent projects. She aspires to cultivate cross-disciplinary conversations that help to elevate people and their power to create lasting positive change.

Danielle Pafunda is the author of nine books of prose and poetry including: Spite (The Operating System), The Book of Scab (Ricochet Editions), Beshrew (Dusie Press), and The Dead Girls Speak in Unison (Bloof Books). Her work has appeared in three editions of Best American Poetry, in BAX: Best American Experimental Writing, at the Academy of American Poets Poem-a-Day, and in a number of anthologies and journals. She teaches at Rochester Institute of Technology.

Solange Rodrigues is a graduate of SUNY Purchase College, Class of 2020, with a BFA in dance, and a concentration in composition. Born and raised in Rochester, NY, she trained at Little Red Dance Studio for 14 years. At Purchase, she performed in several works and choreographed pieces within the Conservatory of Dance, as well as the Conservatory of Theater Arts. While teaching dance & Zumba throughout the city of Rochester, and continuing to make work, she is currently dancing for Frazee Feet Dance under the direction of Zachary Frazee, BioDance under the direction of Missy Pfohl Smith, and is a guest artist for The Pocketfuel Groovers, directed by Nick Alselmo in Brooklyn, NY.

Rodrigo da Silva is a designer who currently lives and works between Mexico and New York. Developing interior, furniture, products and other creative design projects for private clients and his own entrepreneurship, his work maintains a close relationship with architecture and applied arts and science, in search for new connexions and dialogues between culture, production, processes and speculations. I am a self-production enthusiast interested in exploring the different levels of interaction between spaces, objects and subjects. I like anything that has to do with building, fixing, improving and imagining things.

Ong Siraphisut also know as Pisithpong Siraphisut (พิสิฐพงศ์ สิระพิศุทธิ์) is a multidisciplinary artist who works with a range of media. He was born in Chiang Mai, Thailand. Siraphisut founded ComPeung, the first independent artist residency program in Thailand in 2006. Since then he had worked with hundreds of artists from a vast variety of disciplines, ages, genders, backgrounds, and from every continent. Recently, after more than a decade of running the residency program in Thailand and supporting other artists, He felt he needed to create more art himself. Once his son was born in 2019, he decided to move to Rochester, NY to raise his new family and begin his new chapter in art.

DM Stith is a visual artist, graphic designer, and recording artist, DM’s work has been featured on the cover of grammy award winning albums, as well as on the stages of the Sydney Opera House and Carnegie Hall. Stith’s visual work is process bound and explores austere interior landscapes by linking mark-making to the breath.

Andrew D. Zimbelman
is an artist and filmmaker living and working in Rochester, NY. Originally trained as a fine artist in drawing and painting, he developed a love for film and animation throughout his undergraduate and graduate education. Since receiving his MFA from CalArts in Experimental Animation, Andrew has worked as a director, animator and illustrator for a wide range of clients such as HBO, The United Nations, NBC, AdoptUSKids, TED Ed, and Google, to name a few. After 4 years in L.A. and 8 years in NYC, Andrew moved his studio and art practice back to his home town of Rochester, NY with his wife and family.
When he’s not taking on commissioned projects he’s making his own independent work which has won awards and been shown in film festivals and exhibitions around the world. Andrew is represented as an Animation Director by The Foreign Correspondents' Club. 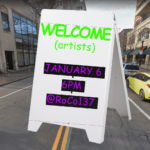 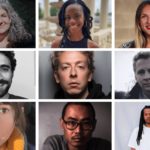 Your ticket for the: Welcome!