Whose Space? Our Space! 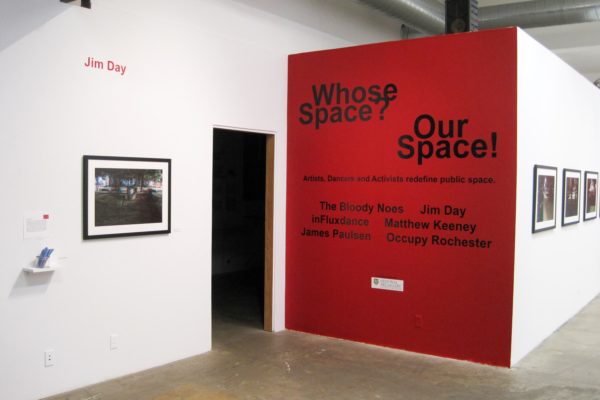 State of the City 2012: Whose Space? Our Space! is a current and challenging exhibition that asks the question, "How are artists and activists redefining public space today?" The makers, dancers, collectives, and groups featured in the exhibition address specific concepts and conventions of public space in relation to surveillance, protest, humor, and absurdity. The exhibition takes its title from the popular protest chant, "Whose Streets? Our Streets!"

Teaming up since 2008, The Bloody Noes (DJ Cardboard and MC Drywall / Rochester, NY) bring a myriad of forms of entertainment to Rochester and beyond. They have produced noise music duets, theatrical plays (Santanalia, Apocalypse, Frankenstein), infectious pop music, allegorical pantomimes, Dude Symposium, and mysterious devices of curious purpose. Their current meditation on public space pushes some sanctification on to the streets of Rochester. With the help of their trusty cart, the Mobile Sanctification Unit, aka MbSnUt, they promise to end distraction.

Photographer Jim Day (Rochester, NY) is fascinated with the complex architecture of cities. For this exhibition, Day uses the 3D photographic process to document the depth and unique character of some of Rochester's iconic, historic, and confused public spaces. Some of these locations, such as Washington Square Park, have complex histories, and have been the sites of debates surrounding public space. All photographed at night and usually devoid of people, the intended, actual, and accepted use of these locations are called into question.

Originally founded in 2004, inFlux Dance (Salt Lake City, UT) is a contemporary dance theatre group that creates accessible works without boundaries. inFlux Dance uses five main principles in their work: interdisciplinary vision, collaboration, accessibility, communication, and outreach. Combining these elements, inFlux Dance aims to inspire social change through both traditional audiences found at live performances and the community audiences found at other outreach programs. inFlux Dance's installation for Whose Space? Our Space! builds upon a 2010 performance work entitled Justice For Some, which documents and explores the history of protest and social movements.

Matthew Keeney's (Syracuse, NY) Found Space project lightheartedly explores the often forgotten slices of the urban environment. While visiting the different boroughs of New York City, Keeney placed himself in odd and unusual spaces that he "found" in parks, streets, sidewalks, subway stations, etc. The resulting photographs humorously record a human body rigidly inhabiting the "unused" spaces that caught Keeney's attention. The simplicity of this gesture allows us to envision ourselves in found spaces of our own.

In 2008, the city of Buffalo, NY installed 56 wireless surveillance cameras (Avrio Rapid Deployment Surveillance Solution PoleCams) on strategic street corners, in order to monitor the public. James Paulsen's (Albany, NY) series of oil paintings, Transformation of the Public Sphere, document this occurrence. The viewer follows the three viewpoints of the cameras: a straight on view of the camera in the public space, a view of the camera body with a distorted reflection of the street/intersection on the surface of the glass sphere, and finally, just the distorted reflection of the public sphere itself. Paulsen sees the camera globes as resembling a giant eye with dilated pupil. The transformation of public space is demonstrated as the public space is inverted, captured, and distorted by the camera. 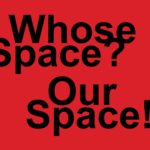 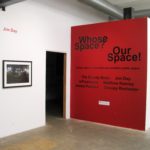 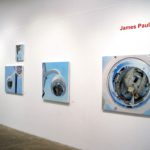 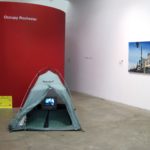 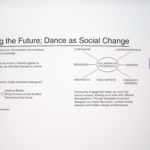 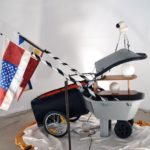 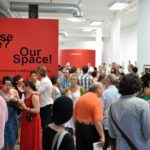 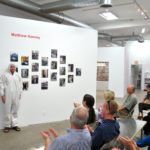 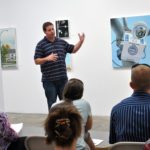 Register for Exhibition: Whose Space? Our Space!

Your ticket for the: Whose Space? Our Space!

Whose Space? Our Space!