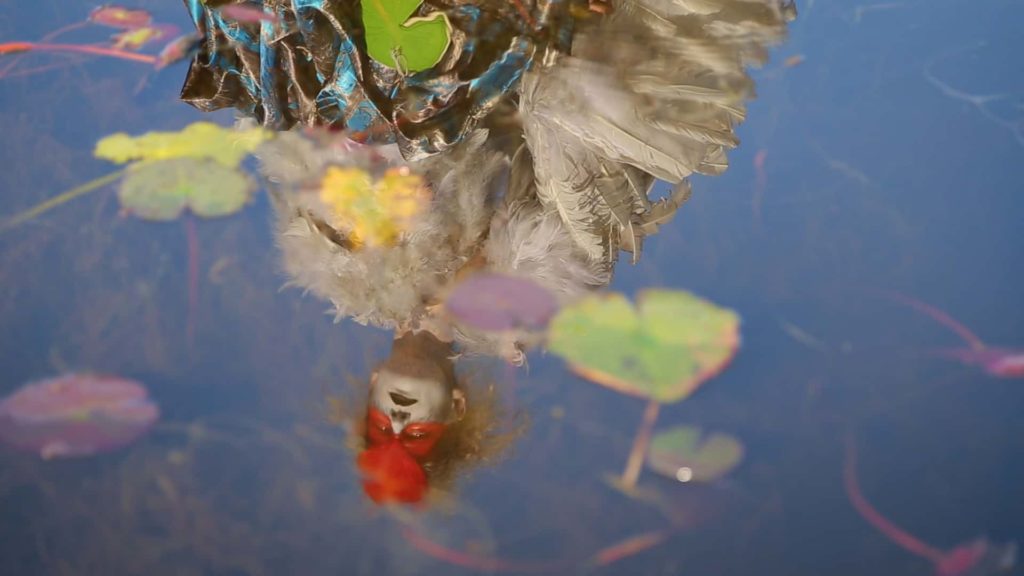 This program is comprised of works by four artists currently working in Milwaukee, WI, a detail that is both significant and incidental. What really binds these works is in the artists' embrace of the personal mode, as varied as that is from work to work. Each of these videos are confessional in nature, even when certain details remain obscure. Kym McDaniel and Saif Alsaegh's videos are the most explicitly personal.

McDaniel, who is also a practicing dancer and choreographer, has created a video series called the "Exit Strategies," in which she works through the everyday realities she faces living with chronic pain after a head injury she sustained while dancing. Exit Strategy #3 offers the viewer a vulnerable view of her process of healing, but also offers us the space to reflect on how the body manages its own interiority, how we sustain and connect.

Alsaegh's video 1991 is a paen to his mother, who is currently stuck in Turkey while seeking asylum in America. The video reflects Saif's own experience of uncertainty, waiting to be granted a legal visa. The video is shot in northern Wisconsin, where he waits, cooks, dances and talks to his mom. The location that reflects his dislocation from a home that has been devastated by American imperialism.

Grace Mitchell's video is the most overtly diaristic and it does little to hold the viewer's hand. Magic Bath is an experiment in pure montage. Mitchell is working through footage she has gathered over a decade on various cameras, during various projects started and stopped, containing staged gestures and fleeting private moments. There are echoes of Jonas Mekas' early diary films in this collage. And though what might grip one most on a first viewing is the pleasure of various textures, sounds, and edits, there is a recurring theme of the body as it attempts to orient itself.

Lastly, Brooke Thiele engages in personal myth-making in a project that at first glance seems to be the least like the other films for it's embrace of fictional form, but the half animal, half human figures in this piece are symbolically connected to her upbringing in Northern Wisconsin. Born in Korea and adopted by a white Green Bay family when she was nine, the hybridity of these characters could be read as embodiment of her own experiences of identity.

Each one of these artists appear in their own work as performers, extending themselves from behind the camera and placing themselves in our hands as viewers. The screening of private sensibilities is both an offering of vulnerability and an invitation to be vulnerable viewers.

This text accompanies the exhibition Scenes of Place: Milwaukee

Your ticket for the: Scenes of Place: Milwaukee by Ben Balcom