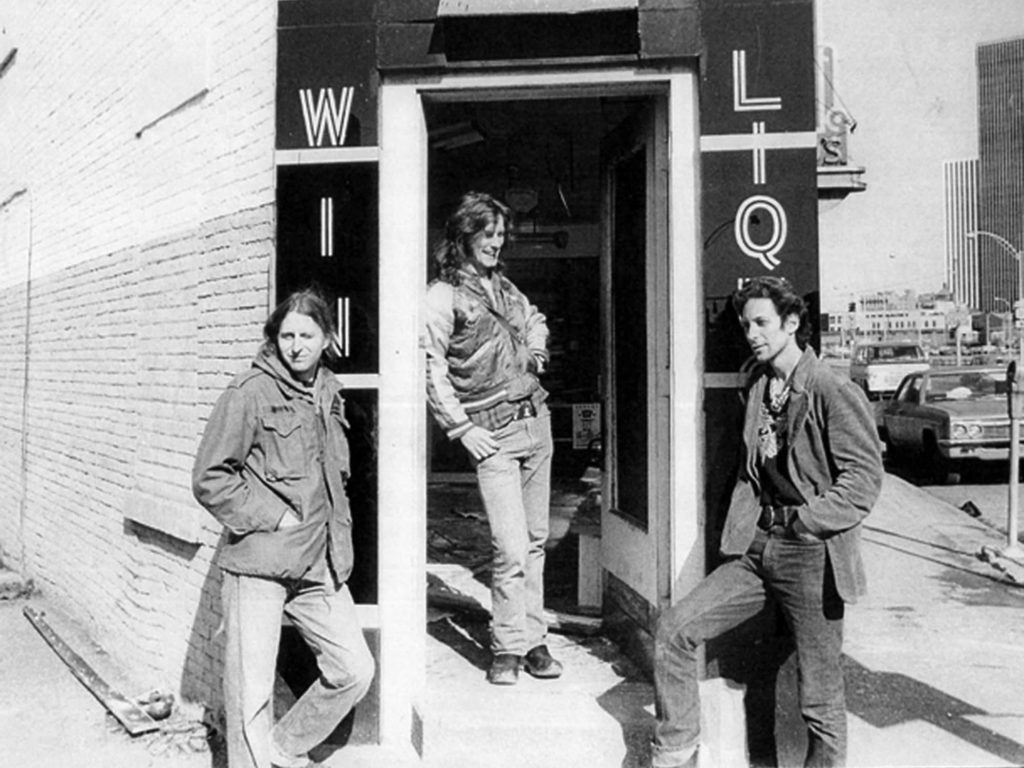 That’s the day Pyramid Arts Center opened with a members exhibit by the original 28 artists. Antonio Petracca had what his buddy's, Albert Robbins and John Kavanaugh, thought was an intriguing idea, but an idea with a couple of downsides. Open a space where young artists could show and maybe even sell their work. Have it be an Arts Center open to all media. Explore performance art, film, video, paint, glass, drawing, crafts, photography, ... whatever. Have members who would each throw in $15. a month to pay the rent on an triangular shaped building, hence Pyramid Gallery, at the corner of Monroe Av & Marshall St. But, who would run it? who would build it? who would keep it going? - bad idea - cause it was definitely gonna take away from being an artist to become what? a curator? a businessman? an administrator?

Anyhow, Petracca was either just too headstrong or delusional, but he couldn't be dissuaded. Albert and I reluctantly fell in with him offering support and help to get this thing going. Albert has mass carpentry skills and he built the first space. Tony and I helped by holding drywall in place ready to be screwed and mudded. Others helped, too. The original 28 threw in their $15 bucks each and soon an an abandoned liquor store was transformed into seamlessly smooth white walls. It was April Fool’s Day 1977, Pyramid was born!!

The opening party was crowded, fun, a great start! The potential to show just about anything, have artists interact with the public, mount exhibitions of previously unseen work, excitement was in the air ... then came the fire. Still cold, a Rochester April, the furnace exploded. Some of the Fire Fighters on the scene were actually art students of one of the members and amazingly no art work was lost. We could re-open as the Phoenix Gallery, but essentially we went through the whole building process again. Artists came together for fund raisers, modern dancers and mimes performed at the rock n roll club across the street from us. In it's short life the gallery was already making a name for itself so, it was important to get Pyramid up and running again. Undeterred, we re-built.

Pyramid started having Friday Night Fish Fry's where art was on the menu and projected outside on the walls, the cops came thinking we were showing pornography. Reluctantly, rotating members had to watch the store - boring. We needed a way to keep the doors open. We needed staff . So fledging Pyramid threw in with a non-profit video house called Portable Channel.

At the time President Jimmy Carter was trying to navigate the country through a serious recession. Carter came up with his own WPA type job training which was called CETA. CETA grants were particularly easy to write so with Portable Channel's sponsorship we wrote and got a grant to develop Pyramid into a true arts center, continue breaking barriers in what was happening in the arts scene in Rochester and get Antonio Petracca off the streets by being able to hire him and Gina Moseson to run the place.

Through 5 or 6 different addresses, lots of people involved, and hundreds of artists and exhibitions Pyramid is now Rochester Contemporary Art Center. It's got a stable home, managers with eyes for talent and continues it's original mission of bringing fresh, exciting art, of all disciplines, bringing it out into the world. So, Happy 40th Pyramid/RoCo! A lasting April Fool's Day surprise!!!

Your ticket for the: April Fools Day 1977 by John Kavanaugh