Through the Cracks presents some of the stories and personal transformations of community members that may have slipped by unnoticed amidst the many crises of 2020.This exhibition of video responses to the year 2020 is curated by Darien Lamen, organized in partnership with Rochester Community Television, and exhibited at RoCo. Through the Cracks will be exhibited alongside a group of programs that reflect our communities' complex experience of 2020, including the exhibitions Last Year on Earth, and our collaborations: The Warp & Weft, and UnJustness.

Works in the Exhibition

"A Not So Happy New Year"
by Mariell Rosario, Ilaina Mahoney, and A'Niya "Zae" Bullard-Smith
@te_roc_city

Three ambitious, passionate, and motivated Youth Organizers of Teen Empowerment in Rochester give a personal account of how the year 2020 impacted their lives.

Return to Work is a short, experimental non-fiction video diary composed of footage from a video game I made (‘a haunted house,’ 2020) and Dark Souls 3 (2016) detailing the anxieties of returning to the public workforce after having not left my house for weeks. In particular, I am spellbound and haunted by one moment from early on after my return to work in which a maskless customer covers her face in hand sanitizer in lieu of an actual mask. Questions arise: What is safe? Who gets to be safe? When does safety become a privilege? How do we protest during quarantine?

"May Days"
by Evan Bobrow
@ewb.studio

This work juxtaposes footage from May 2019, during the artist’s residency at Residency 108 in the Hudson valley, and May 2020, while quarantining in their apartment. The film explores isolation and grief, following the one year anniversary of a friend's death in May of 2019.

The Road We’re On chronicles a day in the life of organizers with the Rochester Homeless Union who grapple with a housing and homelessness crisis which has been exacerbated by the COVID-19 pandemic. The short film explores the unique and necessary approach the Rochester Homeless Union takes to ending homelessness through developing leadership of those directly impacted, practicing “projects of survival”, and through political education and direct actions that challenge the
economic system that creates homelessness.

Mariell Rosario is a 14-year-old freshman currently attending East High School. Outspoken, passionate, and energetic, she is focused on "getting to the bag" and securing her education. Her hobbies include modeling, hanging with friends, and singing. She expresses herself in the forms of makeup and fashion, and is very passionate about her ancestry. Teen Empowerment gives Mariell the opportunity to not only advocate for youth but showcase her talents and express herself.
Mariell has found people who truly brighten her day, people who give her hope for humanity.

Ilaina Mahoney is a 16-year old sophomore focused on school and work. Her hobbies include reading, music, and spending time with her family. She is really passionate about helping people and wants to make a change in the world. Ilaina spends most of her time on Instagram and Snapchat. Since working at Teen Empowerment she’s realized that she isn’t alone in being a teenager, also her desire to change the world. They have become family.

A’Niyah "Zae" Bullard-Smith is a 16-year-old junior who attends School Without Walls. She is an artist, slam poet, writer, and makeup artist. A’Niyah works with a variety of styles and themes, and is always eager to try something new. She is a down to earth vibe that prefers “in the moment” experiences and connections over technology use and social media. Working with Teen Empowerment has given A’Niyah an opportunity to use her skills for a good purpose. She has found youth who relate to her, youth destined to bring change.

Nilson Carroll is a queer and experimental video game artist based in Rochester, NY. His work centers around the intersection of virtual bodies and live ones, and on beginning to undo the masculine curses of violence and competition implicit in so many of our inherited power structures. nilson is an MFA candidate at Visual Studies Workshop, where he works as a media conversion lab technician. He is one of the founders of swampbabes, a DIY queer art game collective and curatorial project. You can find his games at nilson.itch.io.

Evan Bobrow is a Rochester artist and current resident at Flower City Arts Center, whose practice blends technical drawing, book arts, video, and installation work. At FCAC Evan focuses on letterpress and risograph printing, while they are exploring analog video mixing techniques in their personal practice. They received a B.Des in Architecture from Washington University in St. Louis in 2018, with minors in Design and Computer Science.

The Rochester Homeless Union is an organization committed to ending homelessness. The Rochester Homeless Union engages in projects of survival, direct action and political education, and strives to change the narrative of homelessness by centering leadership of the homeless as a core part of our union. The NYS Poor People's Campaign was formed in 2018 in response to Reverend William Barber's call for a national "moral revival" and in the spirit of Martin Luther King Jr.'s Poor People's Campaign. The campaign seeks to mobilize people across New York State against the injustices of systemic poverty, racism, ecological devastation, and militarism.

Darien Lamen is a producer/educator at Rochester Community Media Center (RCTV/WXIR), where he produces the community-powered local news program Reclaiming the Narrative. Darien also produces documentary videos and podcasts focusing on Rochester history, including Clarissa Uprooted: Youth and Elders Uncover the Story of Black Rochester (2020)
and Our Earnest Struggle: Reenergizing the Legacy of Frederick Douglass (2018). 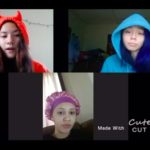 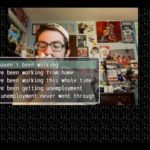 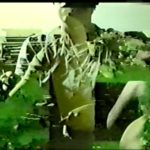 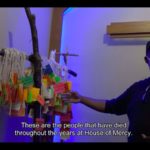 Register for Exhibition: Through The Cracks

Your ticket for the: Through The Cracks