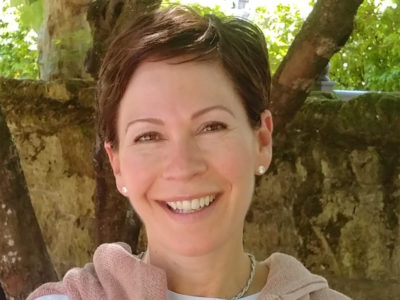 Q: Why did you become a RoCo member?
A: The first couple exhibits that I attended there, I was attending as a guest - and besides how warm and welcoming the staff was, I felt such a positive vibe walking throughout the gallery, along with the interesting mix of folks among the crowd. In addition, I have a great appreciation for local businesses and local non-for-profits and am always looking to show support wherever I can.

Q: What is your favorite exhibition and why?
A: Although I can’t say I’ve attended every exhibit you have to offer, I really enjoy 6x6. It’s an exhibit that no matter how many times you visit, they’ll be works that appear as if you’re seeing them for the first time – because there are just so many interesting pieces to look at.

Q: Tell us about an interesting experience you've had at RoCo.
A: It was actually at this year’s 6x6 opening night. Through the shoulder to shoulder crowd, I spotted my seventh grade English teacher walking in the direction toward where I was standing. I had not seen her since the last day of class that year, but she was one of my favorites who I never forgot. I stopped her and reintroduced myself. The conversation we had was great and had 8:00 not been quickly approaching, would’ve lasted longer. A bit later in the night, we found each other again and continued chatting. She ended by telling me that I made her night. And although I didn’t tell her that night, she made mine too!

Q: If you could have one artist create your portrait, who would it be?
A: Jonathan Yeo

Q: What type of art do you collect?
A: I’m a collector of wall art more than anything else. I would say semi-abstract and modern mostly, but I really just buy what I like – what I feel a connection to. I don’t go antiquing as much as I used to, but people would often ask me the same question. And I would answer the same way, that I just know it when I see it - that feeling I get when I find a piece that just speaks to me.

Q: Who is your favorite artist?
A: I can’t say I have a favorite. There have been so many interesting artists throughout the different galleries I’ve visited over the years, that I like many.

Q: Where is your favorite place, in the East End, to get dinner/drinks after a RoCo Opening?
A: The lounge at Inn on Broadway.

Your ticket for the: Member Spotlight Ann Marie Violante