Closed today Closed for Installation | A Change Is Coming Opens Feb. 4 | Masks Required at all Times 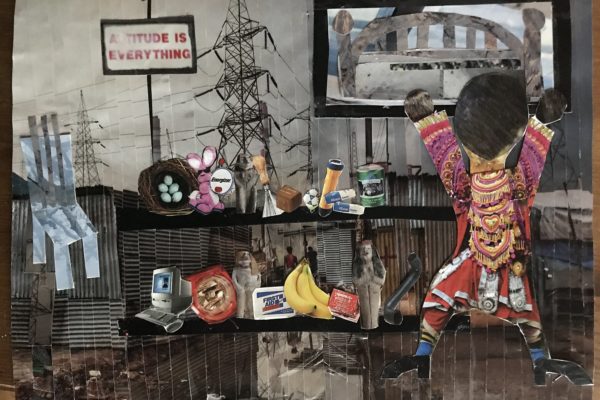 As her 40th birthday approached, Erica Bryant set about making 40 collages featuring 40 dreams. She had started collaging her night visions a few years before, after having a dream that she reached into her body and pulled out her spine as part of the process of becoming a candle. There was no fear or pain in this dream, only certainty that it was time to be a candle. Similar certainty accompanied the goal of making these 40 collages; it was simply time to bring these images from the dream world into the waking one.

Many cultures have a ritual to usher people into young adulthood: a series of trials in the wilderness, a religious ceremony, a party. 40/40 Vision represents the artist's attempt to earn her entry into the next phase of life.  It is a creative obsession, a midlife crisis, a 40th birthday present. With the presentation of these 40 collages, the artist invites the visitor to wade with her into the fountain of middle age.

Erica Bryant makes collages that tell specific, often surreal, stories. A former Democrat and Chronicle journalist, she now uses discarded bits of paper to report on happenings in the dream world. Her work has been exhibited in galleries in Florida and New York. She is self-taught, and draws inspiration from the work of James Hampton, Purvis Young, Josephine Tota and the Gees Bend Quilters. She was born in Rochester, New York, during a mid-April snowstorm. 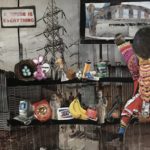 Your ticket for the: 40/40 Vision by Erica Bryant