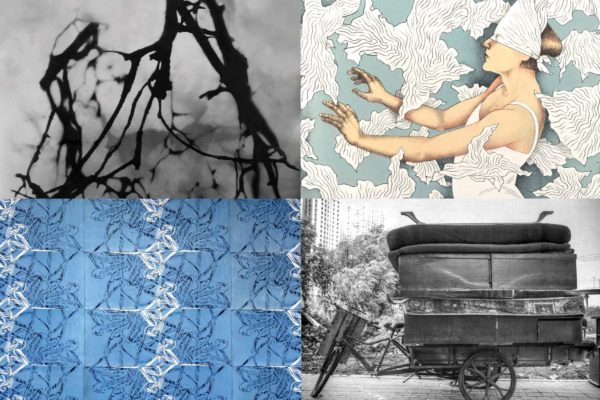 Under Pressure: Redefining the Multiple returns for the third year as a collaboration between Rochester Contemporary Art Center and The Print Club of Rochester. Under Pressure 2018 includes national, regional, and international artists and reflects a paradigm shift in how prints are considered; and the expansion of the definition of print media.

Pamela Drix (Buffalo, NY) received her B.A. in printmaking from Kalamazoo College and an M.A. in Art from SUNY Oswego, and an MFA from Lesley University College of Art and Design  Her teaching experience also includes workshops held at Elmira College, SUNY Brockport, Hartwick College, Cornell University, and Cape Cod Community College. Drix is a founding member of The Ink Shop and served on its Board of Directors for over 10 years. She has exhibited her work internationally, including Germany, Ireland, and Japan. Her multi-media artwork addresses the social, cultural, and historical complexity of historic sites and places.

Bob Erickson (Piseco, NY) received his B.F.A. from The University of Wisconsin Oshkosh and an M.F.A. from the Illinois State University in Normal, IL. His work is included in the permanent collections of the Janet Turner Print Collection and Gallery, University of California-Chico, the Sheldon Memorial Art Gallery, the Mesa Contemporary Arts Museum, the Krannert Art Museum, and the Ballinglen Arts Foundation in Ireland. He has exhibited his artwork throughout the U.S. and internationally in China, South Korea, Ireland. His work explores his fascination with northern environments using both digital and traditional printmaking techniques to evoke fragile yet enduring moments.

Kathryn Polk (Tucson, AZ) studied at the Memphis Art Academy and The University of Memphis. Polk lives and works in Tucson, Arizona where she is the co-owner of L VIS Press, a lithography print studio. She teaches lithography workshops that promote non-toxic printmaking. She has exhibited widely and her work is included in many collections around the world including in China, New Zealand, Korea, Wales, France, and Argentina as well as museums throughout the United States. Polk works mainly in stone lithography and her prints depict personal narratives and often reference the past, the present and humorous visual memories through the eyes of the women in her family.

Joseph Scheer (Heidelberg, Germany) received an M.F.A from the University of New Mexico. He is a Professor of Print Media, and Co-Director/Founder of the Institute for Electronic Arts at the School of Art and Design, Alfred University, Alfred, NY. He has recently been elected Vice President of the International Academic Printmaking Alliance (IAPA) and has served as a panelist for the Fulbright Scholar Program for Mexico and Central America. His work is in numerous international collections and has been exhibited at The Brooklyn Museum of Art in Brooklyn, NY, the National Museum of China in Beijing, The National Museum of Sweden in Stockholm, The Field Museum in Chicago, IL, among many others. His current work, which spans print media, video, and web based projects, uses technology to re-examine nature. 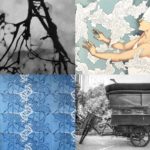 Register for Exhibition: Under Pressure 2018

Your ticket for the: Under Pressure 2018